Compared to our friends south of the border, Canadians don’t complain much. But when a Vancouver resident filed a lawsuit against the makers of Cold-FX alleging fraud, many Canadians were up in arms. No one likes being duped. 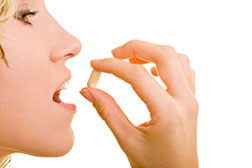 On its label, Cold-FX promises to provide “immediate relief” from cold and flu symptoms. This reporter has a bottle (it expired last year but it is still half full because I didn’t experience any relief) that also claims it’s an “immune booster.”

“The word is out about Cold-FX and many Canadians want to be part of this class action,” says attorney John Green, a Vancouver lawyer and leading litigator in the Cold-FX lawsuit. “We told the court about a study that Afexa Life Sciences sat on for years but only came to light when the drug company was sued by a Vancouver man.”

Don Harrison in 2012 filed a claim against Valeant Pharmaceuticals, the makers of Cold-FX, and Afexa Life Sciences for promoting a false product. Valeant is a giant Quebec drug company that bought Afexa and its Cold-FX product in 2011.

Green is referring to a study that was conducted back in 2004 by Dr. Gerry Predy, a top Alberta public health official, who confirmed it was no more effective than a placebo. At that time, the supplement’s makers told consumers that Cold-FX would bring fast relief from colds, flu and viruses. But neither Predy nor the drugmakers disclosed the study results to the public.

“If this information was disclosed, it would have shut down Afexa Life Sciences,” says Green. And where is Health Canada in this? Green says that, although the study results were filed with the government, it is barred from making such proprietary information public. He does know that 58 adverse events have been filed with Health Canada. Interestingly, the medication didn’t get through the FDA’s gate to sell in the United States.

“During the week of certification, the CBC aired a report on Cold-FX and I was contacted by about 50 people. Several people said they got sick and one person was sick for seven weeks after taking Cold-FX,” says Green.
“We have to get this over-the-counter medication off the market.”
"After the report II was contacted by about 50 people, several of whom said they got sick

Green had health experts look at studies that Cold-FX claims they backed. There was no scientific evidence that the makers could support their claims. Further, professors in British Columbia and Alberta said the Predy study was “poor.”

“The defendants admitted they have a statement on their box that claims people can take Cold-FX for three days and their cold or flu symptoms will be improved,” says Green. “The point I made to the judge is that consumers relied on this statement. What if a drugmaker like Afexa makes a drug called Cancer-FX and promises to reduce chemotherapy effects? Many desperate patients would buy into this promise, to help their cancer and boost their immune system. Instead they could get sicker.”

Cold-FX has made about $500 million for the drug manufacturer. Green says that, even if the certification battle is lost, “We will fight it on punitive damages. We want to take away all the revenue Afexa and Valeant made on these products, so we will seek punitive damages of $500 million because this company was - allegedly - built on a lie.”

In British Columbia, every person who purchased Cold-FX containing the statements the suit claims are false are in the class. Green says the application for certification was filed in April and he expects to hear in the next six months or up to a year whether the class action will go ahead.

If you or a loved one have suffered losses in this case, please click the link below and your complaint will be sent to a consumer frauds lawyer who may evaluate your COLD FX CONSUMER FRAUD claim at no cost or obligation.
Request Legal Help Now

Posted by
Donna Walsh
on August 31, 2016
I have 3 bottles of this expensive, useless supposed drug! If there is a way I would like my money back! I took this COLD FX several times at the onset of a cold which did NOTHING and I was afraid to take anything else for the colds I suffered due to the that I am a nurse and know that mixing too many over the counter drugs can be dangerous. I have a compromised immune system and asked my Dr about COLD FX to which he replied "that stuff does nothing! It is garbage!" Now I'm left with 3 bottles of it? My sister also has 2 bottles and at about $50.00 each it's a huge waste of money, thank you, Donna Walsh.