The US Food and Drug Administration recently assured an Oregon Congressman that it is actively investigating Brazilian Blowout, a hair product that tests have reportedly shown contains formaldehyde, OregonLive.com reports. 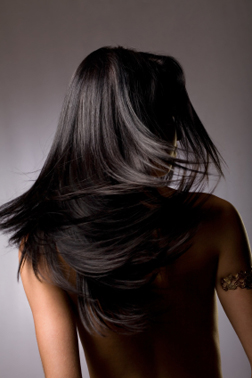 In its three-page letter to Representative Earl Blumenauer, a spokesman for the FDA detailed what exactly the agency can do to regulate such products. According to the news provider, the hair product contained the formaldehyde despite a label on some bottles that said "formaldehyde-free."


READ MORE BRAZILIAN BLOWOUT LEGAL NEWS
"Firms and individuals who market cosmetics," the letter says, "...have a legal responsibility to ensure that their product is in compliance with all applicable requirements."

After complaints from hair stylists in Portland, Oregon, the state's Occupational Safety & Health Division tested samples of the product and discovered that it contained a potentially harmful amount of the chemical. Complaints that the product has led to side effects, including hair loss, have led to investigations as well as civil and class-action lawsuits in California, according to the news provider.

According to the National Cancer Institute, formaldehyde is classified as a human carcinogen and studies have suggested an association between the chemical and nasopharyngeal cancer leukemia.

If you or a loved one have suffered losses in this case, please click the link below and your complaint will be sent to a drugs & medical lawyer who may evaluate your Brazilian Blowout claim at no cost or obligation.
Request Legal Help Now

Posted by
Mary Casamento
on December 19, 2013
Brazilian Blowout Kills I am a 50 year old woman. Three years ago, I bought my new home, my fiancé and I were doing invitro, I was planning my wedding, and my life was incredibly amazing.

I decided to get a Brazilian Blowout at a certified salon that GIB, the manufacturer of Brazilian Blowout, had recommended on their website. It just so happened that it was a salon I had been going to for 10 years.

I had this amazing, beautiful, long, massive hair. I thought it would make my hair even shinier. All the literature stated that it had NO harsh chemicals and it would wash out.

A week after getting the Brazilian Blowout treatment, I began getting horribly ill. My hair fell out, my teeth fell out, I got pancreatitis, intestinal damage, I became sterile overnight, and my DNA changed. I was in and out of emergency rooms and hospitals. I saw hundreds of doctors. Because of the false Material Data Sheets that GIB submitted to hospitals and FDA and other entities, I couldn’t get medical help because the doctors kept saying it couldn’t be the product. They told me that there was nothing harmful in the product to explain the severe illnesses I was going through.

Last August, I settled a lawsuit with GIB, the manufacturer of Brazilian Blowout for damages. My medical bills have been in the millions. I now have to do blood exchanges (plasma phoresis) three times a week; a person can only this treatment if they are critical because it is an extremely risky procedure. I also do IVIG (immunology treatments via IV), blood transfusions, steroids, and many, many other drugs.

My brain has now severely atrophied, I have parts of my brain that no longer have blood flow, my organs have shrunk, I have kidney, liver, intestinal, stomach, and pancreas failures, I have calcium deposits throughout my whole body that are causing severe blockage, my vascular (blood vessels) are collapsing, quickly losing my eyesight, my nose is collapsing, and my inner ears have shrunk and am losing my hearing. The pain in my head is excruciating. Sadly enough, I am dying, and will be the first person in the US to die from this treatment. (Someone already died several years ago in Brazil, and the product is prohibited in most countries.

Since the Brazilian Blowout product came on the market hundreds of thousands of people got ill. (Just look at all of the FDA, workmen comp cases, medical facility reports, OSHA, and California State District Attorney case). The original product contained 5-7 times more formaldehyde than embalming solution. (When one drop of formaldehyde is released in a commercial or industrial setting, the business has to be shut down and authorities notified. The person in a commercial setting must wear a complete hazardous material suit to cover ever inch of their body.) Clients and salon workers are wearing no protective gear.

The new round of Brazilian Blowout products have even more formaldehyde than the original products. (My attorney had the new products tested as well, and we forwarded them to the California State Deputy District Attorney, Claudia Polski.

The product gets completely absorbed into the body via the head and via inhalation. I had my hair tested two months after the treatment, and I was still off-gassing levels of formaldehyde way above the legal limits. I had to shave off the rest of my hair. I looked like a GI Jane, but my father, Anthony Casamento, Congressional Medal of Honor recipient, would have still thought I looked beautiful, and I was being a brave soldier.

My fiance got a hole the size of a gunshot wound in his liver from sleeping with me and taking care of me. My little adopted doggie, Buddy, is also dying. He absorbed the chemicals from laying on my pillow.

I can’t change the fact that I am dying from using the Brazilian Blowout, but maybe I could save lives. If just one person is saved from such a horrible fate, then at least what I am going through would not be in vane. I prayer that you will get this information out there to save the lives of others. God Bless.

Posted by
Lorrie Kruse
on November 17, 2013
Congress needs to take on dentists that put formaldehyde in people's mouth during root canals. It is a practice used by small number of dentists (because it is known to be highly dangerous) yet its hard to know if it is your dentist. They don't tell you sometimes even after you suffer dire consequences. There are two products - one used for adult root canals with 6.5% powder formaldehyde and another used in toddler teeths with THIRTY SEVEN (37%) formaldehyde. This needs stopped. The FDA knows about it, doesn't support it. State dental boards know about it, often have positions against its use but don't do anything about it until AFTER someone is seriously and permanently damaged. Every single dental school teaches not to use it and has for DECADES.
Posted by
Linda
on February 3, 2011
In October 2010. My niece had this Brazailian Blowout treatment done to her two daughters, ages 8 and 12. They are half African American. Before this was actually done she had called me to see if I'd heard anything about this product. I had not, until she told me of it. Of course, I did some research and found out, with great alarm, that it contained formaldehyde! It also was connected to Leukemia. I pleaded with her NOT to do this. But of course, she did not listen to me and went ahead with this procedure. Her "friend" who is a stylist did it as a favor. My niece just had to buy the product.