Blanco Alonzo estimates that Maximus Corporation owes him and several co-workers well over $10,000 for unpaid overtime. "At first they paid us overtime but then denied us, saying it wasn't within their budget," says Alonzo. Is a class action lawsuit within their budget? 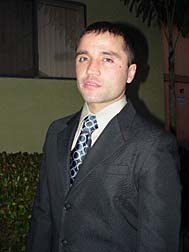 Alonzo was hired by Maximus as an employment case manager (technically a social worker) in July, 2005. He successfully met the requirements of his job and this was reflected in his bonuses. He also had the highest case load—300 families on a monthly basis, which translated to 300 'billing packets' that were sent to the County of San Diego. "Maximus was sub-contracting work from the County of San Diego both to individuals and to group projects within the company," explains Alonzo. And he has proof of his stellar performance: "San Diego County has records to demonstrate that under Maximus standards, I was the number one producer in performance and production and received bonuses monthly," says Alonzo. So why was he fired?

"We were always pressured to perform and produce and felt obligated to work over 40 hours a week," says Alonzo. Allegedly, Maximus also hired people from staffing agencies--inexperienced workers but paid the same rate as salaried regular employees--when Maximus' staff couldn't meet the company's increasingly difficult expectations. "We felt that if we didn't work overtime, we would get fired."

Alonzo says that from July 2006 up until he was fired, "We worked about 50-60 hours a week. We were on salary but the extra hours were supposed to be paid in overtime but we never saw it." However, the Maximus database must show times logged in and out and every employee also had billing packets on San Diego County file--a requirement from the county.

Alonzo was chosen as spokesperson to represent 12 co-workers (the others were afraid of losing their jobs) and complain about several violations, including retaliation, unpaid overtime, conflict of interest, favoritism and not paying bonuses on time.


READ MORE LEGAL NEWS
"The same day I called the ethics line to complain, I received a bonus," says Alonzo. "I left a detailed message and indicated all the violations as above. I called them three times but didn't get a call back until January 9th." Two days later, Alonzo was placed on administrative leave to investigate what was going on and on January 24th he was fired. Maximus' reasoning was that he didn't meet their expectations. But Maximus must have 18 months of his performance on file.

"Other co-workers were treated the same as me," says Alonzo. "Since I was fired, a few were forced to quit and four or five more were fired after me. I have a list of 15 people that are willing to testify they are also owed overtime, bonuses, holiday pay and administrative leave." Of those 15 people, ten are still working at Maximus. "We have limited communication because they are afraid of losing their jobs," he adds.

"After I was fired, I tried to talk to HR and asked for my service records but they said there was nothing to say. Next, I called the Department of Labor and their advice was to contact a lawyer."

If you are owed compensation for unpaid wages, please contact a lawyer involved in a possible [Maximus lawsuit] who will review your claim at no cost or obligation.
Request Legal Help Now

Posted by
Cassandra
on February 12, 2020
I was employed with Maximus from March 2016 to July 2018 when I left to become a case worker. I was a call center representative, temp to hire after 6 months. I converted and was promoted to Mentor. I guided other agents in learning their jobs and providing information to benefits recipients. This position did not come with any additional pay and we were expected to keep near 100 percent accuracy on all calls. I resigned in July 2018 after putting in my two weeks notice as I was hired as a case worker with the state. I was told I would be re-hireable so I took the job. I was always told that I had some of the best stats in the call center, yet we always had to be afraid to lose our jobs. I was reprimanded and almost lost my job for telling another Mentor that they would want to put a new agent with someone else because I was really sick and did not want to get someone else sick. I had acute bronchitis. I worked 3 1/2 days that week with it until I could not take anymore and had to leave early to see a Dr on the 4th day. They would pack up your things while you were at lunch or break and meet you at the front door to give you your things. I was terrified the first time this happened. Because of this practice to this day I am always afraid in being fired if my management asks me to talk even though I know I haven't done any wrong. Maximus is an adult Highschool you get paid to work at. And the best part is even though I was assured I could be hired back because I was that good and I gave two weeks and the position I was taking required I was rehireable when I needed a job again last year and applied I was allowed to take all the tests and then told I was not rehireable and nobody would tell me why! They wont promote you if you're not part of a clique either I got passed over for promotions because they said I had no experience in QC and then gave the position to someone who was a friend of the QC manager who had less experience than I did.
Posted by
Jeremy Cunningham
on June 21, 2016
I am a Maximus employe, I have been dealing with retaliation and discrimination from management for the passed 8 months I've been employeed. I was online searching for legal advise in regards to my situation and I came across this article where I was suprised to learn Mr Alonzo was also a previous Maximus employee..The level of favoritism, pattern of unethical practices, and the degree of unprofessionalism and lack of qualification atleast in regards to mangment in my area, has shocked me.. The level of misconduct with managers supervisor sexually harassing people they have control over there performance, the intentional sabatoge or dilution of one'a performance numbers in attempt to discredit ones skill set or to leave a "corporate paper trail" is not only reckless but so common with Maximus management (government contractor) to me it criminal..Unqualified management hiring friends spouses, only promoting lovers, flings, or family members, not truly measuring the real talent by ones skill set but by which manger you know or slept with. I myself a male has experienced sexual harrassment or unwanted passes from my own supervisor on a daily basis, who is also having an affair with two other coworker in our immediate office(common Maximus practice)...Maximus contract runs the New York State of health marketplace exchange...where innocent New Yorkers who have issues in regards to their health insurance escalate their issue to the state marketplace or exchange (handled/contracted byMaximus)..Where unqualified mangers and supervisor so distant from the client and so poorly uneducated are responsible for forwarding all escalation, which 90% of the time are based on urgent medical needs (essentially people dying and waiting for these issues to be resolve to resume healthcare service). Many times you have escalations sitting in somebody's employer email for months before it's read and forwarded to the appropriate entit, .meanwhile the consumer is dying and thinking this issues is being resolved on a expedited fashion because it was escalated to the New York State of health exchange. I have managers for months going in fraudulent signing my times sheets, changing my numbers, refusing to approve my time sheets when I address the change in my paid hours... There is a culture at Maximus where managment boldly and routinly violate employee and labor laws, with the confidence of no consequences or lack of accountability. I have managers supervisor directors stand over peoples desk going through their employee emails, having employees erase certain emails that's might shed managment in a bad light. I have multiple issues with Maximus from discrimination to wage minipulition and I know hr or human capital ethics will do nothing but terminate or retaliate against me...I would take any legal advise I can in regards to this situation