Maximus Accused of Not Paying Overtime


Allegations have arisen that Maximus Inc. does not pay its employees for overtime work and fires them for complaining about poor working conditions. Now, current and former Maximus employees filed a class action lawsuit that claims the company's actions are in violation of the Fair Labor Standards Act.

Some former Maximus employees have written to LawyersandSettlements to complain about the company's practices. These include not being paid for overtime work, not being paid promised bonuses, unequal pay for equal jobs and wrongful termination. The law requires that people who are not considered exempt be paid for working overtime hours. That includes working over 40 hours in one week, which many employees at Maximus allegedly do. 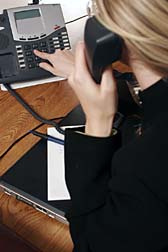 Many employees complain that Maximus required them to work long hours in order to meet all the goals the company set for them. This included working through lunch hours, working long days and working more than 40 hours in a week. Their extra hours included calling customers, reading mandatory emails and working on individual case files. Furthermore, employees allege that the company set certain expectations and goals for them that could not realistically be reached by working a standard 40-hour workweek. Some employees also complain that they were promised performance-based bonuses that were never actually given.

Frustrated, many former employees say they quit working for Maximus because of the poor working conditions. They say they tried to go to their supervisors to get their pay but never received the money that was owed to them. So they are turning to the courts to enforce the law and make Maximus pay them for working overtime hours. The plaintiffs argue that because much of their time working is spent performing non-managerial duties, they should not be considered exempt from overtime pay.


READ MORE LEGAL NEWS
The courts have recently found for employees who worked unpaid overtime hours, awarding them not only back pay but also interest and punitive damages. Judges have not been very forgiving of employers that they find have intentionally misclassified employees as exempt from overtime in order to save money. Recently, California workers won $172 million in their lawsuit against Wal-Mart. In a different case, a federal jury awarded a plaintiff more than she had been seeking because it felt strongly that the defendant, a nail salon owner, was in the wrong in not properly paying its employees proper wages, including overtime pay.

It is vital that employers be made to obey the law and not cheat employees out of rightfully deserved wages. Employers like Maximus benefit by having employees who are willing and able to work overtime hours; the least they can do is properly pay their employees. If they are not willing to do this in a fair and timely manner, then it is only right that employees file lawsuits and have the courts enforce the law.

If you are owed compensation for unpaid wages, please contact a lawyer involved in a possible [Maximus lawsuit] who will review your claim at no cost or obligation.
Request Legal Help Now