Pet owners impacted by the massive Menu Foods tainted pet food recall of last year will soon be making a trip to their bank, provided a US $24 million dollar settlement offer is approved by the courts.

The pact was agreed to in principle back in April. However, on May 22nd came the signal that an agreement with all parties had been reached, subject to court approval, which is expected this Friday. 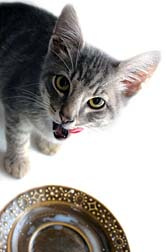 If approved, any and all pet owners impacted by the Menu pet food recall will be eligible for compensation for any, and all documented expenses related to the illness, or death of their pet—including veterinarian bills, or burial costs. Pet owners who may have been forced, or elected to take time off work could also expect compensation for time lost on the job. Burial expenses would also be covered.

For anyone without documented expenses, consumers can expect to be reimbursed for up to $900.

It has been reported that more than 100 lawsuits have been filed by consumers in Canada and the United States after tainted pet food began sickening, and killing pets on both sides of the border. After the initial recall in March of last year, it was determined that wheat gluten and rice protein imported from China had been mixed with melamine, a toxic substance used in the making of plastics—a substance that also mimics protein in tests. Thus, it was determined that the contaminant was added as an inexpensive, and morally reprehensible way to bolster protein levels.

Adding to the breadth and depth of what turned out to be the largest recall of pet food in history was the fact that Menu Foods, a Canadian operation, handled manufacturing chores for up to 150 brands of dog and cat food. As a result hundreds, if not thousands of pets were affected on both sides of the border.

The $24 million dollar settlement involving Menu Foods Income Fund, together with a collection of pet food manufacturers and suppliers including Nestle SA, Procter and Gamble Co., Wal-Mart Stores Inc. and PetSmart Inc., was outlined in court documents filed in the US District Court in New Jersey on Thursday.


READ MORE LEGAL NEWS
More News
The settlement is separate from $8 million already paid out to pet owners by some of the companies involved in the debacle, or their insurers. It is not known if this settlement, while promoted as covering pet owners' expenses, will compensate for the emotional pain and suffering of pet owners themselves, forced to deal with the heartbreaking illness, or death of a favored pet. It has long been known that pets assume a role akin to family—and the pain, suffering or death of a treasured pet can have a devastating impact on owners, especially children and the elderly.

The settlement will be reviewed at a court hearing set for May 30th before US District Judge Noel Hillman at Camden, New Jersey. Meanwhile, it has been reported that any funds left over from the original $24 million settlement will be donated to animal welfare charities.

Menu Foods recalled 60 million cans of pet food, and expects their total expenses related to the recall to hit $55 million. It has been reported that Menu Foods, which is an income trust, has lost 89 per cent of its stock value since March 15th of last year, the day prior to the recall.