SunTrust Banks 401(k): Employee Benefits Could be at Risk


The recent fears of a looming recession in the US, together with the impact on global markets initiated by the sub-prime mortgage debacle, has brought forward another potential issue surrounding investment performance. This time, it's SunTrust Banks Inc. under the microscope.

It is suspected that fiduciaries of SunTrust 401(k) plans may have violated the Employee Retirement Income Security Act (ERISA) by failing to disclose the true operating condition of the company, especially as it relates to the company's sub-prime activity.

The potential offering of SunTrust stock as an investment option within the plans is under scrutiny, as it may not have been prudent to do so. As well, an over-concentration of SunTrust stock in SunTrust 401(k) plans, in light of the sub-prime crisis, could similarly prove to have been unwise, and could put 401k SunTrust Banks employee benefits at risk.

The sub-prime mortgage mess, which is largely responsible for driving the US economy towards possible recession, was a result of relaxed lending rules and easy money flowing to people with dubious credit histories. Homes were fully financed without any wiggle room for market change. As mortgages have been historically viewed as a good risk for investment, many of the sub-prime mortgages were spun off into investment products. 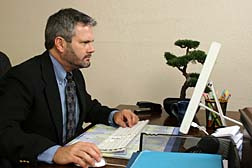 While everyone agreed that the risk was high, potential returns were robust, and few could resist the temptation.

Now, with the bubble bursting, investors are seeing their investment portfolios decline as the paper value of sub-prime mortgages quickly morphs into little more than confetti.
Investors may not have known the true implications of the products they were buying, tied as they were so closely to sub-prime mortgages and loans.

The pundits are having a field day—even in Canada, where CIBC has been taken to task by popular satirist Rick Mercer for taking such a large hit on sub-prime write downs. In one memorable segment of his TV show early in the New Year, Mercer hosted a bogus telethon on behalf of CIBC, in an attempt to raise money—so CIBC could lose it again.

It makes for good television, but the sub-prime debacle is no laughing matter. Investors, and 401(k) plan members who have been, or could be potentially hurt financially and irreparably by all of this, deserve some answers.

The Employee Retirement Income Security Act is a federal law enacted in 1974 that sets minimum standards for most voluntarily established pension and health plans in private industry to provide protection for those individuals enrolled in such plans.

With traditional pension plans having largely gone the way of the Dodo bird, investors have to plan carefully for their retirement, and put their trust into those charged with managing, and directing their 401(k) plans.

Any significant loss in Plan value may not be recoverable by a participant past his or her peak earning years.

You plan for the future, but there comes a time when you just run out of time. Plan managers and guardians who make ill-informed decisions, take a lot of innocent people down with them.

If you suffered 401(k) plan losses, please contact a lawyer involved in a possible [SunTrust Banks Lawsuit] to review your case at no cost or obligation.
Request Legal Help Now