SunTrust 401k: The Credit Crisis Could Affect You


The trouble with retirement is that you only get one. One retirement, and one chance to save for it. So if the bottom drops out of your retirement portfolio, as may be the case for a lot of SunTrust investors holding SunTrust Banks Inc. 401(k) plans, you may have little opportunity to earn it back. 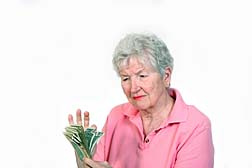 On January 23rd, SunTrust announced fourth quarter numbers for 2007, which were down from a year ago. "Continued progress in implementing shareholder value-oriented initiatives at SunTrust was eclipsed in the fourth quarter by the impact of industry-wide pressures, notably rapid deterioration of the residential real estate market, the change in the credit cycle and consumer credit quality, and the resulting impact on liquidity in the financial markets," said James M. Wells III, President and Chief Executive Officer of SunTrust.

In other words, SunTrust has found itself caught in the sub-prime web that is driving the US economy towards a recession. And SunTrust isn't the only player that has rolled the sub-prime dice and lost. There are countless others, all weighing in with similar gloomy earnings summaries, and the exposure to imprudent 401k investments into company stock that go along with it.

The maddening thing is, a senior or investor at mid-life, weighing his investment options carefully and doing everything he should to fund his retirement prudently, might have sat back a couple of Sundays ago and watched with both horror and relief the recent '60 Minutes' installment on CBS with Steve Kroft concerning the sub-prime debacle and all the ramifications that flow from it.

It's a mess, and the financial industry has no one to blame but itself. It's what happens when easy credit is made even easier, and money is loaned to people who haven't the sufficient qualifications to support the debt. Terms, with rapidly rising interest rates in the second and third year, risked those borrowers going into immediate default by the thousands. Meantime product reps happily sold their wares and collected their fees, then re-packaged the dubious mortgages up into mortgage-backed securities and other products, and sold them off to banks and investment firms.

Meantime the prudent investor sits at home, watching all this unfold on the flickering television screen before him, thanking his lucky stars that it is not he, embroiled in such a mess. He is very careful about debt, and prudent with his investments. He never makes a purchase, or borrows money he can't afford or doesn't need. He wouldn't be caught dead walking away from a debt. Buying a house for no money down? Foolish.

He would never do any of that. No, this retirement investor has done everything right. He has borrowed carefully, purchased wisely, paid his debts, invested early and prudently. He doesn't want to find himself at 65 with a gold watch and wondering where his next meal will be coming from.

Sadly he might, if he has a SunTrust 401k. Because even though our prudent investor would never be caught dead assuming the kinds of risk and exposure the financial community has recently demonstrated in the headlines coming out of the sub-prime and credit mess the country is in, the same obviously cannot be said for the financial sector, which gleefully competed for its ticket in the sub-prime sweepstakes without a second thought to the potential fallout if, and when the bubble burst.

And, whom it might take out in the fall.

Sadly, if SunTrust has, indeed, invested 401k Plan assets into poorly-performing SunTrust stock, or if SunTrust Banks Inc. has assured investors that everything was just peachy, then they may be taking their 401k Plan investors down with them in the fall.

Everything might have been just peachy at the time, and quite recently. The sub-prime meltdown happened pretty fast, and few saw it coming. That's because everyone in the industry had blinders on, and either couldn't see the meltdown coming, or didn't dare look.

The bottom line is that when share prices and stocks are down, so is the value of the investments tied to those stocks. Thus if you are a SunTrust 401k Plan holder, you may have a little less to play with at retirement.

And you can't go back.


READ MORE LEGAL NEWS
You can't go back in time and do it all over again, switch your investments, apply different strategies. And you can't rob Peter to pay Paul if Peter's pockets are empty, too. Retirement saving is a slow, long-term process that takes time. When an event, like the sub-prime credit crisis sets you back five, ten or even fifteen years, you do not have five, ten or fifteen years to make up those losses. You could work harder, if your body will allow. You could get a second job. You could sell hard assets, like a home, in order to try to make up for lost time.

But guess what? The sub-prime crisis has depressed the market. Your home may not be worth what it once was a few years ago, depending on where you live. It may not be prudent to sell your home. You may not be able to if you wanted, or needed to.

So you're stuck. You would need time to recover from those losses. But time is something you don't have.

The Employee Retirement Income Security Act of 1974 protects retirement fund participants and 401(k) Plan holders. ERISA sets forth regulations governing the prudence with which Plan managers and administrators manage 401(k) Plan assets, and a breach in those fiduciary duties could entitle Plan participants to make a claim.

If you suffered 401(k) plan losses, please contact a lawyer involved in a possible [SunTrust Banks Lawsuit] to review your case at no cost or obligation.
Request Legal Help Now