The recent recall of Veggie Booty left many consumers wondering about the safety of food products. Lawsuits have been filed after children became ill with salmonella wandsworth from contaminated seasoning on the popular snack food, while some stores still had recalled product days after the recall was announced. 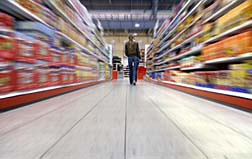 One thing that is becoming clearer during the recent recalls is that not everybody receives the news that a product has been recalled. In some cases, consumers have a product at home and continue to use it, not knowing that manufacturers have recalled it. In other cases, products are not taken off store shelves so customers purchase them believing them to be safe.

One person, in an article posted at the website Big Picture Big Sound, recounted his family's ordeal with Veggie Booty snack foods. His two-year-old daughter had become ill in July and the family determined that she had eaten some Veggie Booty that had been purchased on July 2 from a local store. Written on the Veggie Booty bag, very lightly, in pen was the word "Recall." Upon researching further, they learned that Veggie Booty was recalled on June 28.

The young girl lost her appetite, developed a fever and diarrhea, and vomited anything she ate for the next two days. She did recover, but questions remain: If the retailer knew the product was being recalled, how did it wind up back on store shelves? Is there no way to make it impossible a purchase a product once it has been recalled?

The truth is that many consumers are not informed about product recalls. They rely on manufacturers and retailers to ensure the products they sell are safe. However, how safe is the system when stores can still sell products that have been recalled?


READ MORE LEGAL NEWS
Veggie Booty was recalled after officials determined the snack food was contaminated with salmonella. The FDA received reports of around 60 people, most of them toddlers, who became ill after eating Veggie Booty. Symptoms of salmonella contamination include diarrhea, abdominal cramps, and fever. These symptoms typically appear between one and four days after exposure to salmonella.

Patients with salmonella symptoms should seek medical attention, especially those with weakened immune systems who are at a higher risk of dying from salmonella exposure. In some cases, the bacteria can enter a person's blood stream, causing serious health problems. Some patients who are exposed to salmonella require hospitalization for treatment.

Lawsuits have been filed against Robert's American Gourmet, maker of Veggie Booty, alleging the company was responsible for selling a product that harmed consumers. A possible class action lawsuit against the company is also being investigated.

If you or a loved one has suffered damages in this Salmonella case, please contact a lawyer involved in a possible [Veggie Booty Lawsuit] who will review your case at no cost or obligation.
Request Legal Help Now