Consumers are already writing to LawyersandSettlements, concerned about their Kitec XPA pipes. Some report that their pipes have burst, while others are simply concerned that theirs could burst at any time and there is nothing they can do about it.

Those who have not had their pipes burst yet are wondering if they can have the pipes removed and replaced, and, if so, who will pay for the replacement. One reader says his Kitec pipes have burst and he wants to have his home repiped to avoid any more bursts. However, he wonders about the cost to repipe the house and the cost of housing his family while the repiping occurs.

Some readers report water damage to their home and property after their Kitec XPA pipes burst. 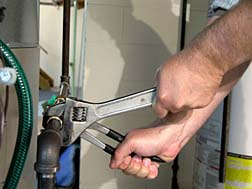 One lawsuit was filed in New Mexico, seeking damages for homeowners who purchased homes built with Kitec fittings. The fittings were designed to connect sections of pipe and were meant to create pipes that were flexible. They were used in water-supply lines for household drinking and tap water as well as in-floor hot-water heating systems.

According to an article in the Review-Journal, some experts believe that all of the Kitec brass fittings will fail eventually. The article also alleges that Kitec paid for repair to a few homes when problems first occurred, but then moved from Colorado to Canada and stopped paying for repairs.

If you have suffered damages in this defective product case, please contact a lawyer involved in a possible [Kitec Pipe Lawsuit] to review your case at no cost or obligation.
Request Legal Help Now

Posted by
M Montoya
on January 30, 2017
I have Kitec in my home. I have people that want to buy it, and I am willing to give them a discount on the price of the for them to use as they see fit. Health wise I have to sell. What else can I do I am will to discount the price and they can live in it and if something should happen to the plumbing they have until 2020 to file a claim for the monies of replumb from Kitec. I think I am being very fair. I can rebuild the home.
Posted by
Melanie Bass
on September 10, 2014
I bought my house in NM in 2011 which was built in 2007. It has Kitec in it. I just sold my house and the Kitec was discovered by the home inspector in which it cost me thousands to have replaced or lose the sale. Do I have any recourse on this cost?
Posted by
peter f gnau
on November 13, 2010
I have kitec tubing and fittings in my home and have had a leak, I installed this my self in an outdoor wood boiler system. should I replace it and if so can i be compensated for cost