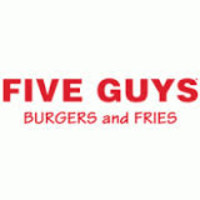 Santa Clara, CA: The popular burger chain Five Guys is facing a potential class action lawsuit brought by a former employee who claims the company violated the Fair Credit Reporting Act (FCRA) and California labor law by conducting background checks on employees without properly notifying them and committing a number of wage and hour violations. Further, the suit contends that Five Guys failed to provide employees with legally required rest and meal breaks.
Filed by plaintiff Jeremy R. Lusk, the complaint claims that Lusk was periodically required to perform off-the-clock tasks and denied meal and rest breaks, along with other employment law infractions.

“Plaintiff is informed and believes and thereon alleges that defendants have a policy or practice of failing to comply with the labor code and the business and professions code as alleged herein,” the complaint states.

Additionally, the complaint asserts that the defendant regularly secured credit and background reports on employees, conducted background checks on potential, current and former employees and used this information to make hiring decisions without providing clear disclosures.

Lusk seeks to represent several classes and subclasses, including an FCRA class of all current, former and prospective employees in the United States over the last five years and ICRAA and CCRAA classes of California workers and applicants within the last five and seven years, respectively.