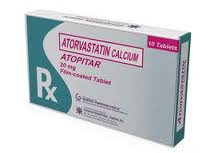 Rochelle Park, NJ: A consumer fraud class action lawsuit has been filed in the United States District Court, District of New Jersey on behalf of a class of all purchasers of certain bottles of Atorvastatin (generic Lipitor) that were manufactured and sold by Ranbaxy Pharmaceuticals, Inc. (Pink Sheets:RBXZF).
The pharmaceutical company recently conducted a limited, voluntary recall at the retail level only for Atorvastatin calcium tablets, (generic Lipitor). The recall concerns its 10mg 20mg and 40mg dosage strengths, packaged in 90's and 500 count bottles and only with respect to certain select lot numbers. Ranbaxy admitted that the product contained glass particles.

The Complaint alleges that the defendants manufactured and sold a dangerous and defective product, violated consumer fraud laws, and otherwise acted improperly with respect to the tainted Atorvastatin. For example, when Ranbaxy learned that their product was tainted, Ranbaxy conducted a recall but it was only at the retail level. The recall by Ranbaxy did not include a notice to consumers who purchased the tainted product as to what they should do with the tainted product or what they should do if they ingested it. The limited recall also did not include a notice to consumers or retail pharmacies about how the consumers could obtain a refund of the money paid for the product. In fact, Ranbaxy has not offered a refund to consumers.

The class action seeks a total product recall, with notice to consumers about the tainted product. The lawsuit also seeks a refund of the money paid for the product.

Posted by
Colette Martinez
on March 30, 2022
I was put on Atorvastatnin in 2018.
I contracted bladder cancer in 2019 and had my bladder removed.
I also contracted lung cancer in 2021 and had 20# of my right lung removed.
Now in 2022, I’m being checked for possible vaginal cancer.
I have been healthy all my life until I used Atorvastatin.

Posted by
evelyn leverett
on February 27, 2020
Lipitor (atorvastatin) seems to have caused numerous problems for me. The most serious has been a pain, middle to right side of my back that would put me to the floor. After numerous xrays ultrasounds and blood tests it's still a mystery. Serious leg and muscle pain and weakness also. Had been taking this med for the last 2 yrs. Decided to stop taking it after my mother described her problems with this med. For the last 10 days the pain has almost gone away. Including the pain in my back.
Posted by
Angela Wallenfelsz
on February 6, 2019
My husband has been diagnosed with Fatty Liver Disease. He has an enlarged liver and spleen as well as elevated enzyme levels from taking Atorvastatin for a number of years. He is having exploratory surgery and biopsy this month to see the extent of damage caused. Needless to say he has discontinued using the medication. Hopefully it's not too late! :(
Posted by
Roger Gonzalez
on July 11, 2018
Was taking astorvorstatin
For two years and cause muscle damage which elevated enzymes
Posted by
randy Reeves
on June 9, 2017
i was hospitalized for 3days from takeing atorvastatin 10 mg my kidneys went to a level 4 i like to died
Posted by
Ontario
on April 11, 2015
Found plastic wrap/piece of plastic in my toddler’s liquid medicine. Choking hazard. Product of Ranbaxy. Have pictures and plastic still. As well as bottle and liquid.