This is a settlement for the Apple Computer, Inc. lawsuit.
May 28 2013 - by Lucy Campbell 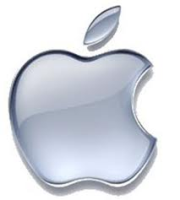 Cupertino, CA: Apple Inc has agreed to pay $53 million in proposed settlement of a consumer fraud class action lawsuit alleging the tech giant used faulty indicators showing that iPhones and iPods were exposed to water, to deny customers' warranty claims.
According to court documents regarding the settlement, eligible consumers could receive up to $300 depending on the device model they owned. Bloomberg reports that lawyers for consumers say the liquid submersion indicators on iPhones and iPods could be triggered by moisture during ordinary use and falsely indicated devices had been damaged by liquid spills or submersion, problems that were excluded from coverage under Apple' warranty. Apple has denied the allegations, defending its indicators as reliable.

The case is In Re Apple Iphone/Ipod Warranty Litigation, 10-01610, U.S. District Court, Northern District of California (San Francisco). The settlement is subject to court approval.