This is a settlement for the Kia Sorento Defective Parts Consumer Fraud Class Action Lawsuit lawsuit.
February 24 2017 - by Lucy Campbell 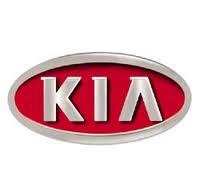 Santa Clara, CA: A proposed settlement has been reached in a defective automotive class action lawsuit pending against Kia Motors alleging that its Sorento model is prone to catastrophic engine failure.
Specifically, the lawsuit, known as Yvonne Robinson et. al., v. Kia Motors America, Inc. et. al., alleges that some 2003 to 2006 model year Kia Sorento vehicles with 3.5 liter engines were equipped with a defective crankshaft pulley bolt that, under certain conditions, could result in the bolt breaking. Those vehicles are referred to as the “Class Vehicles”. KMA has not been found liable for any of the claims alleged in this lawsuit. The parties have instead reached a voluntary settlement in order to avoid a lengthy litigation.

Under the proposed Settlement, and subject to proof and certain limitations, KMA will provide certain financial and/or other benefits to Class Members for past and future crankshaft pulley bolt repairs in Class Vehicles.

Kia Motors Company produced over 200,000 Kia Sorentos and current and prior owners and lessees of Class Vehicles, known as “Class Members”, may be entitled to compensation if they submit valid and timely claims that are approved, and provided the settlement agreement receives final court approval.

If you have a similar problem and would like to be contacted by a lawyer at no cost or obligation, please fill in our form on the right.
Fill Out A Claim Form
Click here to visit the Claims Administrator website for Kia Sorento Defective Automotive Class Action Settlement Reached
Submit a New Complaint
Been wronged by a similar product or service?
Click here to send us your complaint.

Posted by
Roger Wolffe
on October 28, 2019
I have a 2003 Kia Sorento 3.5L with 100,000 miles. I just had the engine rebuilt because a piece of the crumbling timing belt covers got between the crankshaft pulley and the belt causing the timing to jump and destroy the engine. These are plastic parts which cannot take under hood heat. They are also not listed in the maintenance schedule as a part that needs to be replaced.
Posted by
Shannon Brim
on June 10, 2017
I am on my 3rd engine and second crank bolt issue with my 2003
Posted by
MeDia
on March 14, 2017
I own a 2006 Kia Sorento and the Crank Shaft pulley bolt broke I had it repaired and now I need a new engine which cost $3,500