This is a settlement for the Lowe's Companies Inc. lawsuit.
June 12 2014 - by Lucy Campbell 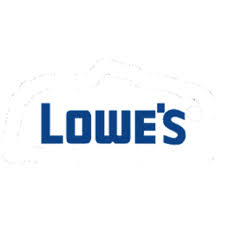 Los Angeles, CA: A $6.5 settlement has been reached in a class action lawsuit pending against Lowe'. The deal, if approved, will resolve a labor law class action filed by two former contractors, Ronald Shephard and Henry Romines, who allege Lowe' violated California labor law.
Specifically, the lawsuit states that Lowe' treated the independent contractors as employees when they were retained to install garage doors. While Romines voluntarily dismissed the claims Shepard continued with the lawsuit, and the court certified certified a class of: "All persons who installed products for Lowe' or performed services for Lowe' in the State of California and who were treated as independent contractors by Lowe' but over whom Lowe' exercised control and discretion in the performance of their installation services."The certified class period runs from 2008 to the present.

According to the lawsuit: "pecifically, plaintiffs assert that Lowe' had the right to control, and in fact did control all aspects of installation services performed by Shephard and all other Type 1 and general contractor installers,"according to the settlement for preliminary approval proposed to the U.S Northern District Court of California, Oakland division.

"Plaintiffs further allege that Lowe' misclassification of the installers caused harm not only to the installers who did not receive the benefits attendant with being treated as employees, but also resulted in harm to the installation companies that contracted with Lowe',"the lawsuit states.

In discussing the proposed settlement, Shephard' attorneys write, "hephard determined that if this action proceeded to trial and if Shephard prevailed on all of his claims, the maximum amount recoverable for the class would have been approximately $33 million. Shephard submits that a recovery of $6.5 million, or approximately 20 percent of the recoverable damages, is an eminently fair and reasonable recovery."

It is estimated that some 4,029 individual installers and 949 installation companies are eligible to receive settlement funds, and "The maximum settlement amount equates to about $1,613.30 per settlement class member,"court documents state.