This is a settlement for the Rite Aid Corp. and Eckerd Corp. lawsuit.
July 3 2012 - by Lucy Campbell 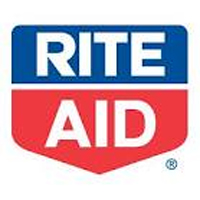 Scranton, PA: An unpaid overtime class action lawsuit brought against Rite Aid Corp by its employees, looks likely to be settled, as the company has agreed to pay up to $20.9 million in a settlement of the federal class action.
The lawsuit was brought in December 2008, by a store manager from Georgia, who alleged violations under the Fair Labor Standards Act, specifically, that she was denied overtime payment.

The settlement combines 13 cases from various federal court districts in which Rite Aid assistant store managers and co-managers alleged they put in more than 40 hours of work some weeks, but were denied overtime because the company classified them as supervisors. According to the lawsuit, the workers' duties did not include store or department management, and workers lacked the authority to hire or fire or directly supervise other employees.

The settlement was recently approved by US District Judge John E. Jones III. The settlement could affect 6,100 people in 31 states.

Posted by
Theresa paris
on December 12, 2016
I am also an ex employee of rite aid who was involved with this law suit but haven't heard anything about it. Friends of mine already received settlement and I would like to know what to do for myself to received settlement
Posted by
madeline
on October 19, 2016
i am one of the workers that joined this class action lawsuit years ago lost contact with lawyer moved alot and i would like to know if the case was settled how can i get my setelment who do i contact.