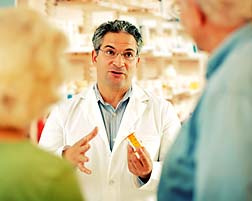 According to court documents, assistant store managers were improperly classified as exempt from overtime pay, even though majority of their duties involved non-exempt and non-managerial activities. Those activities include operating the cash registers, sales, stocking, janitorial duties and answering the phone. The plaintiffs also claim they were not able to exercise discretionary power, hire or fire other employees or make weighted recommendations involving other employees. The lawsuit seeks compensation for unpaid overtime, liquidated damages and attorney's fees and costs.

If you have suffered damages in this unpaid overtime case, please fill in our form on the right to send your complaint to a lawyer to evaluate your claim at no cost or obligation.
Stay Informed
Get the latest on class action lawsuits, settlements & more! Subscribe to our free weekly newsletter.
Get our Newsletter!
Submit a New Complaint
Been wronged by a similar product or service?
Click here to send us your complaint.
RELATED NEWS
More Rite Aid Overtime News

Posted by
Ohio
on July 10, 2009
Majority of times, worked in store either alone or with one other front end associate. Now, as store manager, put to hourly, and, often working mornings and evenings in store ALONE, with no safety net for any criminal element wrong doing.
Posted by
Ohio
on April 22, 2009
I don't know if this qualifies but you should know this has gone on for years. I was "encouraged" to put more hours in to make the store the best. Back then I was young and had a growing family and needed the job.