This is a settlement for the Sony Rear Projection LCD TV (defective product) lawsuit.
April 26 2013 - by Lucy Campbell 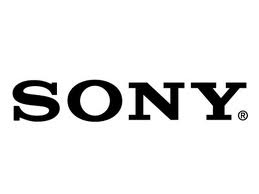 San Francisco, CA: A proposed settlement has been granted preliminary approval in the defective product class action lawsuit pending against Sony Electronics, entitled Date v. Sony Electronics, Inc. & ABC Appliance, Inc., Case No. 07 CV 15474,United States District Court for the Eastern District of Michigan. The preliminary settlement includes all United States end user consumers who purchased, or received as a gift from the original retail purchaser, a KDS-R5OXBR1 or KDS-R6OXBR1 television.
The lawsuit alleges the defendants falsely advertised the display resolution of its Sony Grand Wega SXRD rear-projection television models KDS-R5OXBR1 and KDS-R6OXBR1, because the televisions were incapable of accepting input of 1080p signals and could not accept and display video content at 1080p resolution via the televisions' PC and HDMI Input.

The defendants deny these claims and deny liability to the plaintiff and the proposed class of consumers. However, to avoid the uncertainties and further expense of litigation and trial, the parties have reached a settlement, which was preliminarily approved by the Court.

All class members who send in a valid claim form establishing that they own both (1) one of these televisions and (2) a 1080p output device like a Blu-ray player or 1080p-capable laptop computer or gaming device will be eligible to receive a $60.00 gift card that does not expire and is redeemable for the purchase of any item available on the store.sony.com website or at a Sony retail store.

If you do not own a 1080p output device, you will not be eligible to receive a benefit, but you will remain in the settlement class (and release your claims in this litigation, all of which relate to the 1080p capabilities of the televisions) unless you choose to opt out of the settlement.

All claim forms must be received by the claims administrator at the address provided in the claim form by no later than June 10, 2013 to be valid. To download claim forms, review your rights and find out more information on the settlement, visit http://esupport.sony.com

Posted by
Thomas Miller
on November 9, 2016
I have a KDS R60XBR1 and it does not accept 1080P output, Direct TV. It also has a green tint which I cannot correct.