The empire that is DaVita Healthcare Clinics is about to get a bit larger with the launch of a new dialysis center at Lewis County General Hospital (LCGH) in Lowville, New York. Approved in September 2011, DaVita is hoping to open in March of next year. The hospital, according to the Watertown Daily Times (11/18/13), will host the clinic but will not be responsible for it, although the hospital will benefit from having a dialysis facility on site, together with ancillary service such as lab tests. 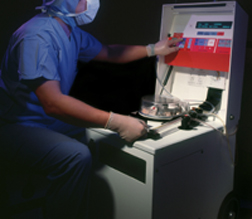 Still, there are those who are not happy about DaVita’s legal troubles, and suggest the original approval may not have happened or may not have gone so smoothly, had more people been aware of the cases.

It should be noted that as with any lawsuit, innocence is presumed until guilt is proven in court.

DaVita has had its share of trouble inherent with GranuFlo side effects. GranuFlo, and its close cousin NaturaLyte, are agents used in the process of dialysis. Manufactured by a competing dialysis company that also operates a collection of dialysis centers, GranuFlo and NaturaLyte were found to be associated with dosing errors that could elevate a patient’s bicarbonate levels, posing a significant hazard and risking GranuFlo cardiac arrest.

Some patients have succumbed to GranuFlo sudden death.

But NaturaLyte side effects and those of GranuFlo appear to be the least of DaVita’s worries, given past and current legal troubles. According to the Watertown Daily Times, DaVita settled a whistleblower lawsuit in July 2012 for $55 million over allegations DaVita overused Epogen across a 10-year period.

A similar lawsuit against DaVita was filed in 2007, alleging DaVita overcharged Medicare for Venofer, an iron drug frequently used in dialysis. It was alleged that DaVita prescribed larger vials than necessary, disposing the excess in an alleged act of intentional waste that could have resulted in hundreds of millions of dollars’ worth of overbilling.

In 2010, DaVita Healthcare Clinics were hit with a civil lawsuit alleging a doctor-kickback scam, allegations that are currently the subject of a criminal investigation by the Office of the Inspector General in Dallas.

A filing with the Securities and Exchange Commission (SEC) revealed that as of November 6, DaVita had set aside $397 million in anticipation of an out-of-court settlement.

To be fair, DaVita was not informed by Fresenius Medical Care, the manufacturer of GranuFlo and NaturaLyte, about the alkali dosing errors inherent with the two products until a memo updating its own Fresenius clinics was leaked to the US Food and Drug Administration (FDA), which in turn launched an investigation and ensured other clinics, including DaVita, were duly informed about the problem.

However, according to reports, much of DaVita’s legal troubles are not directly related to NaturaLyte side effects et al. Those critical over the choice of DaVita for the dialysis clinic at LCGH will note that DaVita’s Medicare fraud suit has the potential to be the largest in US history. The report suggested the choice of DaVita for LCGH was made without input from county legislators.


READ MORE GRANUFLO LEGAL NEWS
More GRANUFLO News
Eric R. Burch, LCGH CEO, did not appear to be concerned about ethical or financial fallout stemming from the DaVita agreement, in comments published in the Watertown Daily Times. It is interesting, however, to note his reference to the lawsuits.

“The alleged lawsuits did not deter us from pursuing a relationship with DaVita to provide dialysis services, given the fact that there is a huge need in the community,” Burch said. “The hospital was aware of the alleged pending lawsuits with DaVita and discussed them in great detail early on with the company.”

The Watertown Daily Times points out that the lawsuits are not alleged. The report also suggested DaVita could be barred from running the facility, if found guilty on fraud charges.

Posted by
jamie Flynn
on April 20, 2014
Is anyone aware that Denis Kogod, Ken Thiry and John Nehra dumped over 700,000 shares of Davita 2 days before the Denver Post announced Gov't Investigations/
They sold stock at 89 and it dropped to 65.