In the six months since Menu Foods Income Fund announced its recall of melamine-tainted pet food, the company's fortunes have changed drastically. The company has lost clients and now faces huge financial losses due to the cost of the recall, a drop in sales, and contract cancellations. Consumers whose pets became ill or died after eating tainted pet food are filing lawsuits against Menu Foods alleging the company did not do enough to protect their pets. 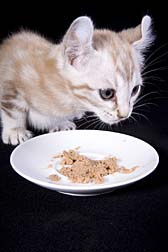 Shares of Menu Foods, which were once worth over seven dollars, are now worth only two dollars. According to an article in Maclean's magazine, Menu Foods has already lost around 80 per cent of its contract business.

The pet food recall was announced after Menu Foods reported that 16 pets that had been fed its food had died. Analysis of the food showed wheat gluten from China was tainted with melamine. According to an article in Business Edge, the wheat gluten supplier injected melamine into the food to make the protein levels appear higher. The two companies involved in contaminating the food faced criminal prosecution in China and have been shut down. They managed to move their product without inspections because they purposely mislabeled the packages as nonfood products and shipped them through a Chinese textile company.

Although the Food and Drug Administration only linked 20 pet deaths to the melamine it actually received thousands of additional reports of death and illness in pets that ate the recalled products. The FDA has said that it may never know the exact number of animals affected by the melamine-tainted pet food because there is no database to track such information. Many animals that ate the tainted pet food developed renal failure. Some animals recovered with veterinary help; however, others either died from the renal failure or were euthanized by their owners.

Over a hundred brands of dog and cat food were pulled from store shelves in the recall. Menu Foods has estimated it lost around $45 million in the recall, although the company may lose additional money if more companies cancel their contracts. In order to recover financially from the recall, Menu Foods sold its North Sioux City production facility for $26.3 million to Mars Inc.


READ MORE LEGAL NEWS
More News
Menu Foods and various pet food companies now face lawsuits from pet owners whose beloved animals either died or became seriously ill after eating melamine-tainted food. The lawsuits allege that Menu Foods delayed its announcement of a recall even though the company knew that its products were potential deadly. In fact, although Menu Foods received complaints about sick pets in late-February the company did not announce a recall until mid-March. Menu Foods had also received reports that nine cats died during routine taste tests of its foods.

Furthermore, plaintiffs also allege the company violated consumer protection laws and were negligent in allowing contaminated pet food to be sold. Lawsuits have been filed citing emotional damage, fraud and economic loss in relation to the illness or death of a pet. One of the lawsuits that sought class action status has been expanded to federal class action status with over 200 plaintiffs.

If your pet has suffered or died as a result of eating any of these pet foods, please contact a lawyer involved in a possible [Menu Foods Lawsuit] who will review your case at no cost or obligation.
Request Legal Help Now