There's little doubt as to the advantages of Zurn PEX plumbing systems over traditional copper: the material is lightweight and easy to handle, and much less expensive. Not quite as popular with thieves, either. It offers freeze damage resistance, and prevention of lime, and mineral build-up.

And with fewer fittings, proponents say there are fewer installation errors. However, some of those fewer fittings have been known to fail prematurely, causing leaks and damage to homes. 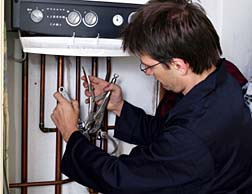 Zurn Industries LLC has been around for quite awhile, founded in 1900. It became a private company in February of last year, after Zurn was acquired by Rexnord LLC from Jacuzzi Brands. The company's product line is diverse, and while manufacturing PEX piping and fittings for decades, Zurn Industries Inc. takes credit for pioneering the first flexible residential plumbing system in the early 1970's. Originally used in RVs and mobile homes, the site-build home industry soon discovered the system and started using it in permanent structures.

Over the years Zurn PEX has turned up in many upscale, high-end homes as well. Thus, some RVs and million-dollar mansions have the same plumbing.

They also are beginning to have the same leaks, as reports of failing fittings appear to be escalating. And that's where the concern lies—the brass fittings that join two pieces of flexible PEX pipe together.

This has proven to be a huge frustration for homeowners, given that the system is promoted as a worry-free alternative to traditional piping systems. PEX product capacity for expansion and contraction is an advantage over copper, as is the case that PEX is less likely to fail from corrosion, which cannot be said about copper. True, the PEX pipe will not corrode.

However, the FITTINGS are alleged to be another matter entirely.

In line with, and as part of their pioneering spirit with the Zurn PEX plumbing system, Zurn developed the 'Quik/Sert 1' joining system that utilized metallic insert fittings and crimp rings. The problem has proven to be what the metallic fittings are made of—brass—and what happens to brass fittings over time. A process known as 'dezincification' can rob the normally robust brass of its corrosion-resistant capability, causing the fitting to fail and resulting in drips, drops, leaks—even full gushers.

Some have suggested that certain lots of the fittings have been of poor quality, either in terms of the ratio of brass to zinc in the fitting, or a substandard fitting in general stemming from the manufacturing process.

The result, to the chagrin of homeowners, has been everything from a few drips, to a waterfall. A slow leak, undetected behind a wall can result in dampness that leads to mold, mildew, and even structural damage. Other times a fitting will let go completely, allowing huge amounts of water into a home, damaging a home and contents to extreme measures. Thousands, if not hundreds of thousands of dollars in damage has been done to home and hearth of honest, hard-working and well-meaning homeowners, proud of their homes and convinced they had done everything right in plumbing their home. During vacations the water is shut off, and there is always someone to watch the house while they're gone.

However Murphy's Law will always dictate that disaster strikes when you are least prepared for it. A fitting will fail, and fail big, when the house sits empty while you are at work, or while vacated for a few hours while you're at a dinner party.


READ MORE ZURN PEX PLUMBING LEGAL NEWS
Let's also be realistic with regard to what happens to your insurance premiums after a major plumbing failure costs you thousands, if not hundreds of thousands of dollars in repairs to your home, and replacement of contents.

If a questionable fitting has failed, costing you inconvenience, frustration, perhaps the loss of irreplaceable heirlooms, and the hit from a higher insurance premium, the manufacturer may be liable for damages.

The last word goes to the plumber who found Zurn PEX plumbing in the house he purchased. When it came time to re-plumb his home, he went with copper. More expensive yes—and the irrepressible water hammer—but along with it, piece of mind.

Zurn estimates, on its web site, that in the three decades that PEX pipe has been around; there are 70 million crimp connections out there…

Posted by
John Edmund
on January 20, 2017
I bought a house from a friend in 2009 that was built in 80-90's with Quest plumbing. It is on a well so no clorine issues. Due to age the metal fittings were starting to go bad. I bought a load of brass fittings (some Zurn some Apollo) and PEX and crimp tools and although I had intents to replace it all... ended up just replacing sections at time as leaks would develop. I now have a mix of Quest and PEX and ALL the new brass fittings have corrosion on them and some are already starting to leak. I paid good money for this stuff (not to mention my time under the house) and it is garbage. I have some plastic push connect (Gator Bite type) fittings that I used for some of first patch jobs in 2009 and they are doing great. I AM NOW LOOKING AT REPLACING ALL MY FITTINGS WITH CHEAPER PLASTIC... BECAUSE CHEAPER PLASTIC IS BETTER THAN ZURN or APOLLO BRASS. I have talked with some neighbor plumbers and they see the same thing. Most of them are using the plastic push fittings now because they hold up better. Wish I could get Lowes to refund all the money I wasted. I still have a drawer full of this garbage in my garage that I kept on hand for the next Quest leak... and now have new stuff leaking faster than 20+ year old Quest.
Posted by
JLW
on October 12, 2016
We had one of these brass fittings that started to corrode? It turned green like copper and the drops began. I noticed it only because I saw the water circle on the concrete below it. When the plumber came we found another fitting that was failing that he also replaced. One was so brittle it just snapped in his hands after he had it out. Since he left we have found two more that are failing inside a drywall sofit (we can see they are turning green like the other bad ones we took out earlier). Replacing these will require cutting out drywall. Not excited about the bill for this but better to replace before serious damage happens. I am now worried about ones we can't see. Wondering what to keep track of for compensation for a bad product.
Posted by
Elizabeth Hartley
on October 28, 2013
We have just incurred over $2000 in out of pocket expenses plus a major insurance claim TODAY because of this crappy material cracking and flooding our home. How do we find out about any ways to pursue action for this horrific material? The plumbers who fixed the line have left me the faulty piece and say that my house probably has it all throughout it. The house was built in 2002. This is absolutely infuriating!