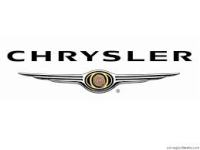 Auburn Hills, MI: Chrysler has issued three separate recalls affecting as many as 1.2 million Ram pickup trucks for steering-system tie rods that may have been misaligned during assembly or steering-system service." Approximately 968,000 vehicles of the total number affected are in the US and 157,000 are in Canada.
One recall will inspect an estimated 842,400 model-year 2003-2008 Ram 2500 and 3500 trucks to find approximately 116,000 repaired with tie-rod assemblies that could become misaligned. This condition could lead to component fracture and steering loss.

If you or a loved one has suffered similar damages or injuries, please fill in our form on the right and your complaint will be sent to a lawyer who may evaluate your claim at no cost or obligation.
Stay Informed
Get the latest on class action lawsuits, settlements & more! Subscribe to our free weekly newsletter.
Get our Newsletter!
Submit a New Complaint
Been wronged by a similar product or service?
Click here to send us your complaint.
RELATED NEWS
More Chrysler Dodge Ram Recalls News

I WAS TELLING A CAR SALES MAN ABOUT MY DODGE RECENTLY AND HE SAID IT WAS THE DIFFERENTIAL FLUID, THAT WHEN IT DROPPS BELOW A CERTAIN LEVEL IT WILL LIMP MODE... DODGE NEEDSTO RECALL THE DIFFERENTIAL ISSUE AND FIX IT, ALSO I WANT MY MONEY BACK AND TIME SPENT SUFFERING , LOST WORK, MONEY ON PARTS IM OUT AND PAIN FROM SUFFERING OVER THE STRESS , OF NO MONEY FOR CHRISTMAS ON KIDS KNOWING IT WENT ON SENSORS AND CILYNOIDS THAT IT DID NOT NEED.... ALSO THE $22000.00 I LOST ON A TRUCKIREALLYLIKED...MY CREDIT FIXED FROM THEM RUINING MY CREDIT , FROM TRUCK GOING BACK FROM A PROBLEM CHRYSTLER CREATED... THANK YOU

Posted by
Gilbert Marquez
on March 2, 2016
I have a 2005 dodge that is part of recall. They said pinion nut was okay...but yet I still have to buy new rear axle. Having all the issues with my truck...but because the pinion nut didn't fall it's not covered....I mean the mechanic said the drive shaft was nearly detached...so I give they want you to crash before they take responsibility.
Posted by
Nadine Jacksson
on February 25, 2016
I have 2006 Dodge Ram that also has steering issues, Scares me pretty bad sometimes. Contacted he recall center and and got a sorry your truck isn't part of the recall. As usual I will have to pay to fix there problem again.
Posted by
Michigan
on December 20, 2014
Death wobble at 70 mph, almost caused three different high speed accidents. The damage in the track bar setup has added additional stress on other components, causing them to fail at the same time.
Posted by
Illinois
on December 8, 2014
Death wobble despite recall repair fulfilled.
Posted by
West Virginia
on October 19, 2014
My 2004 has that death wobble. Am afraid to drive it sometimes. I have four grandkids I take care of and want them safe.
Posted by
Wisconsin
on August 13, 2014
My boss owns a 2002 Dodge 3500 Ram. It has severe “death wobble.”It is a farm truck and I have to drive it. Dodge dealer says it isn't being recalled. Do I have to be injured, or killed, or injure or kill someone else before Chrysler takes responsibility? Can you help? We don't know what to do anymore.