In a society where increasingly 'No' means 'Yes,' it seems 'Best' takes on a whole new meaning with Best Buy credit cards. The giant retail chain is in trouble again, this time over deferred payment credit cards.

And it's all happening—of course—just in time for Christmas.

At issue are Best Buy deferred payment credit cards, which are being actively promoted this time of year to capitalize on the Christmas retail season. Depending upon the card and the agreement, payments and/or interest charges can be deferred, or finance charges reduced in an effort to promote increased spending.

Best Buy is currently under investigation regarding its Best Buy credit card practices. 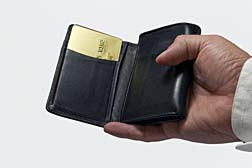 When the statement came in, he noted the payment due date of June 15, 2007 indicated beside the balance, and made his Best Buy credit card payment of $773.28 in full, electronically, on that date.

However, the next statement arrived with a deferred financing charge of $338.93, which was charged to his account on June 21st—five days after he paid the balance in full. Thus, the day the finance charge was levied, the balance on his account was zero.

Best Buy deferred all queries to HSBC Bank, which explained that buried deep within the fine print of his statement was the provision that the balance had to be paid by June 10, 2007—five days before the due date positioned next to the balance—in order to defer the finance charges.

Talk about misleading. After repeated calls, the most HSBC would do was reduce the finance charge by one-half. In the end, the gentleman closed his account and will never set food into a Best Buy, ever again.

Another blogger writes that when his wife applied for a Best Buy credit card in 2005, she was asked if she wanted the Account Care program—a basket of credit services for which Best Buy charges a nominal, monthly fee. The woman said NO. When her statement arrived, the Account Care service and related service charge, was on her bill. The couple had to harangue Best Buy to have it removed.

Two years later, her husband applied for his own Best Buy credit card. Again, he was asked if he wanted the Account Care program. As his wife had replied two years earlier, he said NO.

Sure enough, when his first statement arrived, it was there. They had to battle Best Buy yet again, to have it removed.


READ MORE LEGAL NEWS
More News
However, Best Buy has a history of dubious business practices that fly in the face if its feel-good corporate name—everything from signing customers up for magazine subscriptions they didn't want, to running two similar but distinctly different internet sites which baited web surfers to come into the store to acquire an item at a boffo price, only to be told that they were sadly mistaken, and shown a URL screen that displayed the item at a higher price. In reality, the in-store screen displayed an intranet site that was a carbon copy of the primary web site, but with higher priers.

The Connecticut Attorney General took Best Buy to task over that scheme in May, and three other states have investigated, and have brought actions against Best Buy for misleading consumers with regard to rebates, service plans and other services.

This latest investigation into deferred credit issues, only reinforces the notion that in the case of Best Buy, it is often Best Buyer Beware...

If you have suffered damages in this credit card case, please contact a lawyer involved in a possible [Best Buy Deferred Credit Card Lawsuit for a free case evaluation with no obligation.
Request Legal Help Now