Best Buy is coming under fire for a number of unfair consumer practices. One of the Best Buy complaints that LawyersandSettlements hears about most often is that the company applies payments to credit cards late, even if the customer has paid well ahead of time. This is the complaint that Tony (not his real name) has about Best Buy since he purchased a digital camera from the company.

"It still gets me mad every time I think about it even though it was in 2003," Tony says. "I just want to be a consumer advocate and maybe someone else will be alerted to it and not fall into Best Buy's trap. 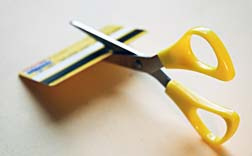 "I made a purchase there and they had advertised that on purchases of $299 or more, you could get 18 months of no interest if you opened a Best Buy card and made the purchase on your card. I made my payments dutifully, sending them in 10 days before they were due.


READ MORE LEGAL NEWS
More News
"After my first payment I realized that I was being charged a late payment. I called and spoke with a Best Buy representative and the late charge was removed. But the exact same thing happened next month. There was a late charge and the interest rate had defaulted from zero percent up to something astronomical, above 18 percent. After that I just paid the card off so as not to deal with them and I'll never go back to Best Buy. And I'll take any opportunity I can to tell people about it.

"I put my payments in the mail 10 days early, which should have been plenty of time to get to their offices. It wasn't around the holiday season—it was in February, March and April—so there was no reason why they couldn't credit my account on time. I've had no dealings with Best Buy since then. I still have such a bad taste in my mouth because I was so careful to keep a good credit rating. Four years later I'm still mad.

"People who want a Best Buy credit card should be careful and read the fine print. I would be leery of Best Buy. I have heard stories about Best Buy and their shenanigans. It just seems like they're taking cheap shots when if they ran the business with concern for the consumer they would be fine."

Posted by
Jerry
on September 4, 2015
Beware of the 18 month deferred interest if you purchase a item at best buy on their card and get the 18 month deferred interest deal. Do not out anything else on your card until you pay that item off. Reason being my first purchase was a $600 laptop, I took the 18 month no interest deal and later made other purchases. I more than paid the amount of the laptop off before 18 months was up, but come to find out instead of applying your payments to the first item purchases then moving to the next. They delegate your payments to the other products you purchase, so they can charge you the extra interest on large price items. I got hit with a $275 interest charge last month for a $600 dollar laptop.that if my payments were delegated to my purchases in the order I made them would have never happened. The best buy store card is the biggest legal scam in store credit cards beware and be careful.
Posted by
Kevin
on February 7, 2011
I Had a payoff of $343 on my 18 month account. I sent in $350. I recieved a bill the next month for $265 because I had a minimum payment on the account of $25. The Best Buy position is that I needed to send a payment of $368 to avoid the penalty payment of $265. Since 2002 I have purchased several thousand dollars of electronics at Best Buy. By pulling a trick like this they have lost my business for good.