Home > Class Action News > When Paid in Full Is Not Enough

When Paid in Full Is Not Enough


When Jamie E. walked into his local Best Buy store with $3,800 in his pocket, he had no idea his purchase would continue to cost him money month after month after month. But after putting the remaining few hundred dollars of his total purchase price on Best Buy's deferred payment, no interest credit card, Jamie has been getting a bill every single month.

It was spring of this year when Jamie decided to purchase two computers at Best Buy. He wanted one desk top model for his family to use, and one laptop for himself. He traveled a lot with work and wanted a way to be able to work while on the road and still stay in touch with family at home. 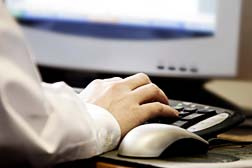 He completed the transaction at the till, not paying too much attention as he was so focused on his computers and accessories and making sure he had everything he needed for his family.

"I got all my stuff," he said. "It was about 30 boxes in total—the router—I got everything. I intended to have a complete set-up with all the accessories."

He packed up his vehicle and brought his purchases home. In all, he said, he put $500 on the credit card and managed to keep a few hundred of the cash he had.

His kids love the home computer. They even have a camera set up so they can talk to Grandma. He uses his work computer extensively as he is usually gone from home for a few weeks at a time.

Jamie knew he had to make a monthly payment on the card for the first two months and dutifully sent the $20 minimum required. In the third month—the end of the 90 day 0% interest period—his wife called Best Buy for the pay-out balance.

Three weeks later, Jamie got a Best Buy bill in the mail. It was for about $90! Apparently, without his knowledge, Best Buy claimed he had agreed to pay for insurance on the balance carried on his credit card.

"In case we couldn't make the payment," he said. "Logically, it didn't make sense as we paid $3,500 cash. I called them and argued then said fine, you got me. I paid the $90 to be done with them. I had no time. I travel a lot and my time is valuable."

Thinking he was, again, done with Best Buy, life carried on. But Best Buy wasn't done with Jamie.

'The next month there was another bill," he said. "It was a late fee to pay off the insurance fee as that wasn't paid in the 90 day period. They tacked on for back due interest for the entire 90 days for another $90."

He called, spent half an hour on hold, spoke to a few customer service representatives and a couple of supervisors and told them at first that he would not pay.

"I was mad," he said. "I was inconvenienced. I don't need to be spending my time doing this. We should be done with this, so I paid it."

Basically, Jamie was now out $180 for the privilege of using Best Buy's $500 for three months.

"I paid two late fees because I paid the second one off late," he said. "Apparently you can't stop it. They send the bill and it's already late when I get it. I travel in business and my wife is home with the kids. If there's an issue with a bill, I call, so here we go again."

With the second bill paid, he thought he was done with the whole mess. But yesterday, Jamie received another bill for a $35 late fee.

"I'm torqued. Seriously, what's the best thing? Sue? They know they've got you as it's not enough money to get all up in arms about."

Finally, Jamie had had enough and went to his Best Buy computer to search the Internet to see if anyone else has been having the same problem. He found many people suffering the same kind of predicament. More than that, he is certain that Best Buy knows there is a problem.

"I am ticked off to have the computers," said Jamie. "I will never go back there again. I would love to take the computers back and get my money back and buy them somewhere else."


READ MORE LEGAL NEWS
More News
LawyersandSettlements would like to hear from people on the west coast who have had a problem with Best Buy similar to the one Jamie E. experienced. Several people in California have already filed complaints with LawyersandSettlements against Best Buy regarding their deferred credit card payment.

One disgruntled customer is Jordan H. of San Francisco, California (not his real name pending a lawsuit). He says he was charged late fees on Best Buy credit card when payments were mailed 10 days before due date. Even though his payments were sent with plenty of time for processing prior to due date, they were not applied to his balance This resulted in late fees and a higher default rate (not the 0% rate for six months as promoted). "I have paid off the card's balance, destroyed it and closed my account and I will never again purchase anything from this retailer."

If you have suffered damages in this credit card case, please contact a lawyer involved in a possible [Best Buy Deferred Credit Card Lawsuit for a free case evaluation with no obligation.
Request Legal Help Now

Posted by
Myra
on September 16, 2014
Thanks for the tip. I was considering buying a computer them. I will be going elsewhere!
Posted by
Gena Miles
on January 25, 2012
I too purchased two lap tops, one for son and one for myself under the promotional payment plan 18 months same as cash. Insurance protection was included on card and in monthly billing. I have paid off the promotional items and requested the insurance cancelled. Do need it if not using their services. They are still billing me for the protection services. This is a rip off by BEST BUY. Again they are up to no good. Like the AOL case many years ago against them. I want to cancel the card but can't. Tried to call customer service and they are experiencing difficulties and cut you off. Call the protection services thing and all you can get is someone in INDIA that doesn't speak English very well. This is a crock. I lost trust in best buy once before and this does me in, I will not be a customer of theirs again.
Posted by
Tammy Moleski
on July 26, 2011
Best Buy cc really is a rip off. Yes they have promotional deals but what you didnt realize that once the date expires and you owe something still on it, they back date the interest on it and you keeping paying for it over and over agian. Each month my statement changes from 100- to 300 dollars. BEWARE and dont fall for this scam.
Posted by
M
on November 19, 2010
Definitly going to AVOID. THIS. ONE. Was considering it, but due to the literal mountain on evidence of the practices, and lack of care from BB, i'm reconsidering and am going to get a regular CC, from a trusted bank.