The experience of a Minnesota woman—whose daughter was sickened with salmonella poisoning from Banquet Pot Pies—verifies the foolhardiness of Banquet in assuming that consumers are aware of the power and wattage of their microwaves.

ConAgra, Banquet parent and a pre-packaged food giant, has since made the cooking instruction on their products more explicit. Not only is there a collection of cooking times dependant on the particular power, or wattage of the microwave, it is now suggested that a meat thermometer be used to test for doneness.

A good idea, but whether or not consumers will follow through, remains to be seen. And the requirement for consumers to know the power, and the wattage of their microwaves, together with the realization that frozen dinners are not always completely pre-cooked and therefore just need to be heated up, remains to be seen. 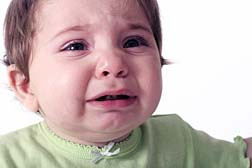 All of the above would not have helped wee Isabelle Reinert, only 19 months old. The little girl suffered a seizure and passed out, her temperature jumped to 104 and she suffered severe diarrhea. Rushed to hospital by her concerned mother, the tot was given an IV to replenish her fluids and eventually sent home. However the severe diarrhea continued for another 48 hours, requiring upwards of 10 diaper changes each hour.

Her diarrhea did not ease entirely until six weeks later.

That was in mid-August of last year. By August 22nd it was determined that the cause of the little girl's suffering was salmonella, but it wasn't until October—at about the time of the recall—that the Reinerts realized the source: Banquet turkey and chicken pot pies.

By then the Centers for Disease Control and Prevention in Atlanta had reported that a minimum of 165 people in 31 states had been stricken with the same strain of salmonella.

The cause, it might be suggested, points to a number of issues. ConAgra listed two different cooking times on the back of the package—4 minutes for medium, or high-wattage microwaves, and 6 minutes for low-wattage units. However, a random poll of consumers reveals that most have no clue as to what the wattage, or power of their microwave is.

Also, an emblem on the front of the package—no longer used, apparently—trumpeted the four-minute cooking time. The latter would have led a busy consumer, late for a meeting and rushing through dinner, to pop the pot pie in for the advertised four minutes, regardless of more detailed cooking instructions on the back of the package.

Those 4-minute billboards, which ConAgra has admitted was done in error, are no longer used according to the company, and cooking instructions have been updated to include recommended intervals for a base wattage of oven.

The use of a meat thermometer is also recommended to test for doneness.

In ConAgra's defense, even the older packages—which have been replaced, now that Banquet has resumed manufacturing—refer to the need for cooking on the detailed instructions, and admonished consumers to follow the cooking directions for 'food safety and quality.'

However, without knowing whether a microwave was high, medium, or low power a consumer could not adequately adhere to the instructions. And most of the package images we have seen all boast the 'ready in 4 minutes-microwaveable' promise on the front.

Douglas Powell, associate professor and scientific director of the International Food Safety Network at Kansas State University, did just that—cooked a pot pie for four minutes in his microwave. He found that the inside temperature was just 48 degrees. After six minutes, it was 204 near the top, but only 127 degrees further in.

He wound up nuking it for a full eight minutes before the temperature had reached 194 degrees at its center.

It is interesting to note that conventional cooking instructions require baking for 30, or 32 minutes in a conventional oven pre-heated to 400 degrees.


READ MORE LEGAL NEWS
More News
However, those instructions still assume that the consumer knows the power, and/or wattage of their appliance. Professor Powell, of Kansas State University, didn't know his.

And more detailed instructions do nothing to dispel the long-held myth that pre-packaged frozen dinners are also pre-cooked, and that microwaves are this magic box that can heat anything, raw or cooked, in just a few minutes.

Given that microwaves have been around now for a generation—long enough for consumers to rely on them, trust them and become complacent with them, any manufacturer concerned with public safety and wary of recalls and litigation might consider going beyond providing more explicit instructions, and elect to re-educate the consumer...

Nuking, does not necessarily replace the need for cooking.