A little more than a month after ConAgra recalled Banquet pot pies for potential salmonella contamination, the huge packaged food enterprise was allowed to resume production at its Marshall, Missouri plant after assuring inspectors that safety flaws found to have potentially contributed to a salmonella outbreak had been corrected.

What those safety flaws were, officials would not say. A spokesperson for the US Department of Agriculture (USDA) confirmed that specifics pertaining to safety violations at the plant would not be released outside of a formal Freedom of Information Act request.

The spokeswoman would only say that there were issues with record keeping, together with an issue concerning ConAgra's Hazard Analysis Critical Control Point plan. The latter document articulates the processes and protocols undertaken by the company to ensure its products are safe. 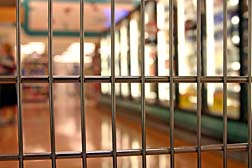 A spokesperson for ConAgra confirmed that improvements were needed for record keeping within the context of the development of cooking instructions, together with improved testing procedures governing incoming ingredients for pot pies.

The USDA officially cited ConAgra surrounding issues at its Marshal, MO plant on October 23rd—about two weeks after the recall. ConAgra responded to those concerns over the next three weeks, and had the USDA's blessing to resume production by November 8th. Production started back up about a week later, with pot pies due to be shipped in late December.

They should be in stores now.

The USDA will continue to closely monitor the Marshall, MO plant for another 30 days or so, to ensure compliance. While ConAgra has not identified the source of the salmonella outbreak that sickened 272 people in 35 states, it maintains that stepped-up testing of incoming ingredients will help.

ConAgra, through its spokesperson, would not say if the company uses imported ingredients for its pot pies, saying only that "ConAgra Foods works with both domestic and international companies to source ingredients for all of its products."

According to ConAgra, in a posted statement, "environmental testing of the Marshall pot pie production area has shown no traces of salmonella. After the recall, the pot pie production lines were completely disassembled, tested and reassembled to ensure thorough and deep testing for any traces of contamination.

"Based on the state findings from finished product testing and confirmed by the company (testing was conducted by an independent laboratory), the specific salmonella strain
appears to be isolated to Banquet turkey pot pies produced on
July 13, 2007, and July 31, 2007."

Incremental costs associated with the recall are expected to hit $30 million.

In an official communiqué regarding the recall, ConAgra CEO Gary Rodkin said, "We apologize to any consumer who became ill from eating any of our pot pies. We appreciate the work of the USDA, the Centers for Disease Control and state health officials, which helped us quickly identify the issue and isolate the likely source of contamination. We've strengthened processes and testing within our plants and for our suppliers, and we have revised the product cooking instructions to make certain we minimize any potential for a future issue. Any lapse in the safety of our food is unacceptable, and I know the steps we've taken will make a positive difference and help us provide consumers and customers with safe, wholesome products.


READ MORE LEGAL NEWS
More News
"I would like to assure our consumers, customers and investors that the food safety conditions and operating processes throughout our manufacturing network are strong. I firmly believe our issues this year were isolated. Our senior leadership team, with the help of our external Food Safety Council, is committed to the highest operating standards and exemplary food safety protocols. We look forward to being on the forefront of industry collaboration with the scientific and regulatory bodies in this area."

On its web site, ConAgra makes reference to 'mastering the supply chain' with regard to ingredients of pre-packaged foods.

Perhaps now, they have.

Meanwhile, there was talk in early December of a lab-confirmed case of Salmonella associated with Banquet Turkey Meal, a product also allegedly produced at the Marshall, Missouri plant. A previous complaint dating back to October was not lab-confirmed.

There have been no reports since. The complaint allegedly originated in North Carolina.