People who used Total Body Formula or Total Body Mega Formula expected that the products would enhance their health; instead the liquid supplements have caused serious health problems. A lawsuit filed by Pittman and Perry, PA alleges that Total Body supplements put people's health in jeopardy and caused many troubling side effects.

In March 2008, Total Body nutritional supplements were recalled after they were discovered to contain excess amounts of selenium and chromium--levels that were high enough to be considered toxic. 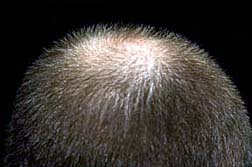 Wes Pittman, attorney at Pittman and Perry, says he is seeing clients with a wide range of serious side effects as a result of exposure to high levels of selenium and chromium. "We are seeing rapid and nearly total hair loss in many of the people who used this product," Pittman says. "They have nausea and vomiting initially and then profound hair loss. Later, they have regeneration of hair that is a different color and texture than their original hair.

People have intense pain in their legs, mainly at night—the pain is waking people up from their sleep. In some instances, we are seeing nerve damage that has caused people to lose the ability to walk. A number of those people are improving, but not everyone is. We're seeing skin blisters in various areas that have mucosal surfaces, like the insides of the mouth or vaginal surfaces. We're seeing people who are getting reddened nail beds in their fingers and feet and are losing their nails."

Other serious side effects linked to high doses of selenium include problems with thyroid function and insulin production. Furthermore, kidney damage can occur due to an overload of the kidneys caused by protein from muscle breakdown.

There are two possible avenues for a lawsuit regarding Total Body supplements. The first is a class action suit, filed on behalf of people who have used the product since January 1, 2008, and suffered serious side effects. People who have developed the more severe injuries may be eligible to file their own individual lawsuits. Pittman says his firm is deciding which route to take on a case-by-case basis.

Pittman advises that people who still have Total Body supplements at home preserve the supplements for testing. "Put it in a sealed plastic bag or a Ziploc bag and refrigerate it," Pittman says. "Also, if they are losing hair or nails, they should keep those samples and seal them for possible future testing.


READ MORE TOTAL BODY SUPPLEMENT LEGAL NEWS
More Total Body Supplement News
"It is also wise to have a blood test for serum analysis of selenium and chromium levels. People should have a blood test done immediately and one a month down the road to see what progress is being made to eliminate the toxins from their bodies. Some of the symptoms are going away—in some people more than in others. However, in some people we expect to see significant and permanent damage to bodily systems."

People who have been seriously affected by Total Body supplements are currently investigating lawsuits against the makers and distributors of the nutritional supplements, including Wright Pharma and Total Body Essential Nutrition, Inc. At least 180 people have suffered the severe reactions to Total Body supplements, which can occur within five to 10 days of starting to take products with excess selenium and chromium.

If you or someone you love has suffered health problems after taking Total Body Formula or Total Body Mega Formula, contact a lawyer to discuss your legal options.

Posted by
Yvonne Charlesworth
on December 1, 2010
I ordered about $200 worth of products from Total Body. They took my money and said they were shipping the product, but I never received it. I'm glad I found this website before the supplements showed up at my door. Is there any way I can get my money back? Please advise.