Mattel Recall: No Reason To Put Children's Health At Risk


Lawmakers are rushing to pass bills that would ban lead from toys and other products that children under the age of six normally use. The bills follow recent recalls of Mattel toys that were contaminated with lead-based paint. In proposing the bills, the representatives noted that lead is not only unsafe for children it is also unnecessary, a sentiment that many parents agree with.

Millions of Mattel toys have been recalled in the past few months because they contained excessive levels of lead. Lead paint ingestion has been linked to brain damage and learning disabilities. In 2006, a four-year-old boy in Minneapolis died of lead poisoning after he swallowed a charm that contained high levels of lead. 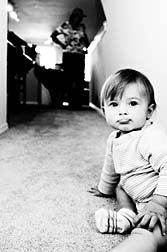 The recent recalls have parents concerned about what toys are safe for their children to play with. Consumers who wrote to [LawyersandSettlements.com] noted that their children played with many of the recalled toys and some of those children have had elevated lead levels.

Some parents are also questioning whether Mattel has taken the appropriate steps in announcing its recall. One mother who wrote to LawyersandSettlements.com noted that Mattel should pay for her daughter's lead poisoning testing and said she would rather have her money back than be given a voucher for some other toy that might be contaminated.


READ MORE LEGAL NEWS
More News
Lead can be extremely toxic to children under the age of seven because their bodies and brains are still developing. Lead poisoning can lead to problems such as learning disabilities, behavioral problems and neurological problems. In some cases, the results of lead poisoning do not show up until years after the child was exposed to the lead.

Attorney Jeffrey Killino of Woloshin & Killino has filed a lawsuit to force Mattel to pay for testing of children who may have been exposed to the toymaker's lead-contaminated toys. The suit was brought on behalf of a family from Fontana, California and alleges that Mattel was negligent in allowing lead-contaminated toys to be sold to consumers. The suit seeks establishment of a fund to pay for medical screening and monitoring of children who may have developed lead poisoning. Plaintiffs also seek monetary damages and compensation for injuries.