With Christmas shopping just around the corner, many parents are likely concerned about what toys they can and cannot buy their children. The recent recall of Mattel toys contaminated with lead-based paint has many consumers worried about the safety of toys they buy their children.

[Lawsuits] have been filed in the United States arguing that Mattel should pay for the testing and medical monitoring of children who played with toys contaminated with lead. The suit was filed by Jeffrey Killino on behalf of a Fontana couple whose children played with lead-contaminated toys and seeks class action status. The goal of the lawsuit is to make Mattel responsible for establishing a fund that would then be used to pay for lead testing so that parents could have their children tested and get appropriate treatment if necessary. 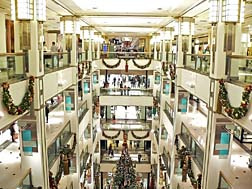 Simply playing with a toy that has lead-based paint will not elevate a child's blood lead levels. However, putting the toy in his or her mouth can cause problems, as can playing with toys on which the lead paint is flaking. Obviously, a major concern is that many young children frequently put their toys in their mouths.

Although many children with high blood lead levels show no symptoms, parents can watch for headaches, stomach aches, loss of appetite and irritability. However, these symptoms are also frequently associated with other illnesses. The only way to actually determine that a child has high lead levels is to have blood tests. Although lead test kits can be purchased, they are not always the most accurate tests. Anyone who believes his or her child may have [ingested] lead should take the child to the doctor for medical testing.

Lead poisoning is especially serious for children under the age of six because they absorb a higher percentage of lead. Elevated lead levels can result in learning and behavior problems. Such problems include hyperactivity, learning disabilities, brain damage, stunted growth, impaired hearing, anemia and neuropsychological deficits. If lead levels are high enough, children may have to undergo chelation therapy.

Reports have come in about a child with lead levels as high as 37. Anything less than nine is considered a normal lead level. The child's levels were so high that state officials were first given the news and the officials then told the child's parents.


READ MORE LEGAL NEWS
More News
Mattel also faces problems internationally, as 750 Canadian consumers have joined a class action lawsuit filed against the toy maker. The suit is in response to the massive recalls announced this summer involving toys with unsafe parts and lead-based paint. Some of the consumers involved in the lawsuit are parents whose children were allegedly diagnosed with lead poisoning. The lawsuit argues the defendants "conducted themselves in a willful, wanton, and reckless manner," and seeks punitive damages for injury and/or economic loss.

Many parents may not even be sure if they are eligible to join a class action lawsuit against Mattel, especially if their children have not shown any symptoms of lead poisoning. However, symptoms and signs of lead poisoning can show up a long time after the initial poisoning occurred.

A lawyer can help you to determine whether or not you are eligible for a class action lawsuit.