SunTrust HELOC Changes HELL for Some


The SunTrust HELOC issue may be winding through the courts soon as a class action lawsuit, after several disgruntled SunTrust clients have seen their Home Equity Line(s) of Credit diminished in value, frozen or terminated allegedly without their consent and in the absence of just cause. 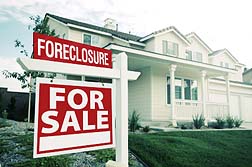 Many of those clients, about whom you will read elsewhere on this site, have failed to understand the motivation of SunTrust given their ongoing good credit and excellent payment records. Why, then would SunTrust take such action?

The lawsuit claims that SunTrust sought to enhance its financial health and appear more robust to federal regulators. In so doing, SunTrust is accused of violating contracts and the rights of its clients.

The lead plaintiff, who you will recognize elsewhere on this site as an 82-year-old woman, is alleging that SunTrust violated federal laws such as the Truth in Lending Act, the Equal Credit Opportunity Act, the Fair Housing Act and Regulation Z. The latter states that lenders cannot arbitrarily reduce, or suspend access to a line of credit without just cause.

A home equity line of credit (HELOC), as its name suggests is a line of revolving credit with an adjustable interest rate that uses the home's value as collateral.

Should the homeowner default on payments, the bank usually has the right to foreclose on the home in an effort to recoup its investment.


READ MORE SUNTRUST HELOC LEGAL NEWS
More SUNTRUST HELOC News
In the case of the lead plaintiff for the proposed class action, the homeowner had secured a SunTrust HELOC in 2006 worth $500,000. The agreement stipulated that only interest was payable until the end of the term. The plaintiff claims she made those payments on time, her credit was excellent and she had used about a 5th of the value of the HELOC loan prior to being notified by the bank that her loan had been suspended.

Not addressed in any of the writings about this issue is the possibility that falling real estate values may have played a part in the decisions made by SunTrust and other lenders in this regard. The implosion of the real estate markets in the wake of the sub-prime mortgage meltdown negatively affected real estate values—some more than others, according to regional divides.

Is it possible that in some cases the value of a line of credit dwarfed the value of the home as real estate prices fell?

Be that as it may, disgruntled SunTrust HELOC clients are taking out their frustration through a controlled process in the courts of law.