LawyersandSettlements (LAS): How did you get involved with CertainTeed claims?
Bryce Johnson (BJ): We are located in the Minneapolis-St.Paul area and CertainTeed has a manufacturing facility close by-- which led to a huge amount of concern among consumers in our area with defective shingles. Like many other areas of the country, we've had hailstorms over the past decade or so that led to entire neighborhoods replacing their roofs at the same time. These people talk to each other and turns out that many of them had a lot in common--CertainTeed shingles. And we are seeing a huge impact throughout the Midwest. 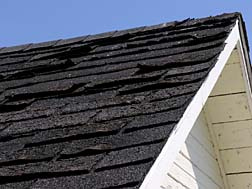 (LAS): What do you hope to achieve with a lawsuit against CertainTeed?
(BJ): If you know someone who received defective shingles or someone who is faced with defective shingles, the damage extends to damage and necessary labor cost to replace them. For a certain number of unfortunates, ancillary damage to the structure can occur, such as water damage. Our goal is to make sure that the full measure of damages is taken into account by CertainTeed.

Most consumers will be covered by the standard warranty—it typically covers a 20-30 year time period. But there are two issues of concern:
1. The warranty is non-transferable, meaning subsequent owners would not get the benefit of the warranty.
2. The warranty itself provides a fractional percentage of the total loss. And it doesn't include any labor costs. The actual replacement cost for the shingles is reduced by a pro-rata amount on a monthly basis.

For example, if you've owned shingles on a roof for 10 years and then attempt to make a warranty claim because of a defect, you can expect-- at best-- an offer from CertainTeed that will reimburse less than 50 percent of the actual cost of the shingles alone. In many cases we see direct offers to consumers of less than 20 percent.

(LAS): Why are so many people coming forward with defective shingles now?
(BJ): In the early to mid 1990s, CertainTeed used a different chemical composite with several of their shingle lines. We believe evidence will show that CertainTeed knew, or should have known, of the substandard quality of these particular shingles and yet kept them in the marketplace.

Keep in mind that the relevant time frame for installation of these shingles was typically in the 1990s.

And people are hearing about this. They hear about defective shingles from their friends and neighbors and the media and consumers are choosing to act now.

(LAS): How do consumers know if they have a legitimate claim?
(BJ): The first step in establishing a claim is to ensure that you have a CertainTeed product. The easiest way is to review documentation-- any invoices or work orders from the roofer and/or the builder. Many people have retained copies of their original warranty which they would have received from the roofer or contractor. If all else fails, the shingles are typically marked as CertainTeed shingle.

(LAS): Can you describe one? Where is the mark?
(BJ): Right now I have this nasty, crumbly, hideous shingle in my hand and there is grit all over my pants just from touching it. On the bottom of the shingle there is a piece of plastic film over an adhesive strip in the center; there is a CertainTeed stamp on the plastic film.

(LAS): Now that winter is fast approaching, what can the consumer do to protect against inclement weather?
(BJ): If there are large numbers of defective shingles on your roof, you are faced with potential failure of the shingle resulting in water infiltration-- leading to leaks and permanent water damage. The consumer should not hesitate to have a roofing contractor take a look and ascertain how dangerous this might be. However, if a replacement is planned, it is important to save evidence of the defective shingles before they are discarded. Each consumer should take multiple photos of the defective portions of their roof, both from ground level showing the entire structure, as well as close-up shots involving areas that are particularly bad.

Ideally, the consumer should also notify CertainTeed before having the roof replaced so that CertainTeed cannot claim later that they had no opportunity to inspect the roof. This way the company cannot claim other causes of the damage.

(LAS): What if you cannot get a CertainTeed inspector to look at your roof?
(BJ): Most people will never see a CertainTeed inspector. There are so many claims nationwide that it would exceed their resources to inspect each and every roof. It is important to give CertainTeed notice that the roof will be replaced so they won't have the argument later in the process—they cannot say that the consumer eliminated the evidence.

(LAS): How can notice be given?

READ MORE LEGAL NEWS
More News
(BJ): By a simple letter, preferably certified mail. Obviously we are sending many of these letters to CertainTeed on behalf of our clients.

CertainTeed is not a terrible company—they have made quality shingles for many years; they are a viable and thriving company. This issue is forcing them to take responsibility for several product lines that were clearly defective and allowed to remain in the marketplace for too long.

Here's the bottom line: If the consumer is concerned about water damage over the winter, the safety of their home should take precedence over possible future litigation. However, with proper planning, both of these issues (safety and the possibility of litigation) can be addressed.

Posted by
Dell Gross
on August 18, 2012
Lets start a petition and get as many of the effected homeowners as possible to boycott the Retailers that sell
CertainTeed products. That way we will directly effect
their bottom line. I think that our voice and concerns will
have more impact if Menards tells CertainTeed that they will loose to many customers if they stock their products. Anyone interested?

Posted by
Linda Nesbitt
on August 10, 2012
We had the Certainteed shingles on my parents home. Certainteed claims that the warranty has expired since I am not the original owner. My parents deeded me the house as a life estate in 2005. They are now both deceased and we are selling the home. Does the warranty transfer to me in a life estate or upon death?
Posted by
Hollie Grassman
on November 15, 2011
Help I am a single mother that had to get my roof replaced due to defective Certainteed shingles. It was under warrenty and they should have to pay for it. The should stand behind their product>>>>>
Posted by
elisha dempsey
on May 19, 2011
we have a construction co, our friends grandma is trying to sell her house. shingles keep blowing off and lifting. the roof is 5 years old!!!someone nailed a few down over the years and someone else has tared multiple ones down. we got up there to give our opinion and he was able to lift any given shingle he opted to choose. she didnt want the new young homeowner to have to deal with this. she trying to make it right by reroofing this month. this is bullsheet,she contacted certainteed to claim the 30 year warranty. they told her the product was fine and to just tar all the shingles down and a yaer later sent her a check less than 4 digits. to pay for tar. and made her sign a release that the shingles were fine and she wouldnt claim warranty. how can this company get a way with having crap on the market for so long. all these lawsuits are for the organic. hers were landmark
Posted by
Matt
on May 15, 2011
My husband is a roofer who has used this product for years and now have our 2nd customer complaining about damaged shingles. These customers are elderly people and don't have access to the web, We cannot make claims for them and I really don't know what info to give them. One settled (for a very low amount) , but didn't call us back to re-roof, this second customer , well - who knows - if he's not happy with his settlement he probably wont call us back either, he realizes its not our fault , but... Certain-teed should be more than happy to help the customer pay for the labor to re-roof these houses, we have bought their products for years of shingling and pushed their products. We are very disappointed!. Plus, are loosing money because of it!
Posted by
belinda l. rusch
on March 28, 2011
The shingles did not stand up to the warranty, what happens now? Do I lose out? Who really is at fault, Do I have a chance at replacement shingles, or is that warranty defective too? Who, What, Where, Certainteed, your warranty, did not stand up to quality name!!!
Posted by
Gary
on February 3, 2011
There needs to be a Federal Investigation On This Whole Rotton Deal.These Shingles Were made, Company Still made Them after the Fact from 1987 to 2010 They knew these shingle's were pure Crap.Sprayed on Tar onto a Brown Paper Bag? Pure Crap,I say Fraud! Someone Needs to Go To Jail Along with a Few Attorneys! This Whole deal is [B.S.]! Rotton to the Core. I filed with Certain Teed five Years ago.
Posted by
Ethel Nady
on December 25, 2010
My parents paid to have shingles nailed by hand using six nails. They paid extra money for the 30 year shingles. Now the roof needs to be replaced.