In an amazing turn of events, Mattel Inc. apologized to China, its people and particularly its manufacturers on September 21st, just two days after a senate hearing where CEO Robert Eckert said the company could have done a better job overseeing subcontractors in China. The giant toy company admitted that 21 million recalled toys were the fault of its design rather than Chinese manufacturing problems, particularly lead paint.

The Chicago Tribune reported that Thomas Debrowski, Mattel's executive vice president for worldwide operations, apologized in the Bejing office of Chinese product-safety chief Li Changjiang: "Our reputation has been damaged lately...and Mattel takes full responsibility for these recalls and apologizes personally to you, the Chinese people, and all of our customers who received the toys." Li reprimanded Debrowski, saying that "a large part of your annual profit ... comes from your factories in China. This shows that our cooperation is in the interests of Mattel, and both parties should value our cooperation. I really hope that Mattel can learn lessons and gain experience from these incidents." 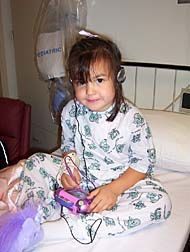 So where does that leave the problem of lead paint? Although 20 million toys were recalled, 18 million were defective due to Mattel's design flaws—small magnets could fall off and possibly be ingested by children—and the other two million had lead paint problems. But Mattel (and subsequently the media) focused this summer's three recalls on lead paint. Most importantly, Mattel knew all along that the Chinese government didn't regulate testing and safety. Under federal rules, manufacturers are obligated to report all claims of potentially hazardous product defects within 24 hours. According to the Associated Press, Mattel reportedly took months to gather information and privately investigate problems after becoming aware of them.

Lawyer Jeffrey Killino says that, "Mattel's recall, apology and admission of guilt are all done in the hopes of rebuilding consumer confidence at the lowest possible cost to the company."


READ MORE LEGAL NEWS
More News
Perhaps Mattel looks at this public apology as a cost of doing business. After all, they don't want to rock the boat: where else can they get 65% of their products manufactured at such low prices? China should never have been to blame in the first place, considering that Mattel's outsourcing products from China pocket most of the savings on production costs as profits. And consumers are apt to buy based on the brand name, not where it is made. So the liability for breaching customer trust should be assigned to the party who brands the final product and that would be Mattel. And of course, Mattel takes credit for the success of its products, not a subcontractor in China, therefore it must take full credit—and full blame—for its defective products.

It seems like Mattel was more interested in its profitability but it may have cost more to do business in China in the long run. And it may also have another bill to deal with—lead testing.