Not only did the world's largest toy maker recall more than 80 of its China-sourced toys at a cost of about $30 million in after-tax profits, Mattel took one step further and ceased all business with Lee Der Industrial Company, the factory that used lead paint on the toys. But this move couldn't stop yet a third recall - this time Fisher-Price toys and several accessories to a Barbie playset that involves several hundred thousand units.


READ MORE LEGAL NEWS
More News
At a press conference last month, Robert Eckert, chairman and CEO of El Segundo, Calif.-based Mattel, mentioned the possibility of more recalls as the company conducted further investigations. Mattel tracked down the source of the lead paint and from there, found that the lead had likely been mixed with raw materials from a third plant. 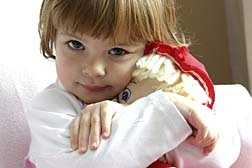 Could a regulatory agency have conducted a better investigation in such a short time? The Consumer Product Safety Commission is considering a possible investigation of whether Mattel notified authorities as quickly as it should have regarding the August 14 recall. Mattel has vowed that it will tighten its safety controls, but that sounds like closing the barn door after the horse has bolted.
Or in this case, almost 20 million toys.