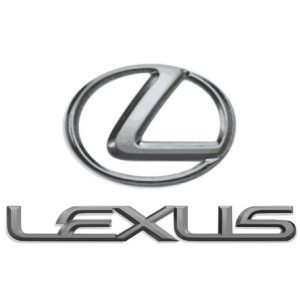 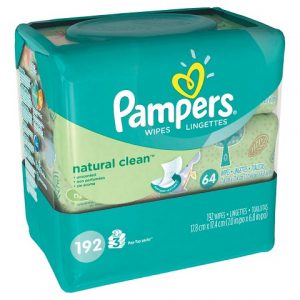 Pampers Not So Pampering? The makers of Pampers Natural Clean baby wipes, Procter and Gamble (P&G), got hit with a consumer fraud class action complaint this week, over allegations its advertising ain’t clean.

Filed by Veronica Brenner, on behalf of all others similarly situated, the proposed Pampers wipes class action lawsuit claims that due to the false claims made by P&G, Brenner was misled into buying Pampers Natural Clean baby wipes.

Specifically, she alleges that testing of the wipes revealed they contain unnatural and harmful ingredients such as phenoxyethanol, which allegedly could cause harm to consumers, especially infants.

Brenner is seeking a jury trial and is seeking compensatory, statutory, and punitive damages, injunctive relief enjoining the defendant, interest, restitution and any other forms of monetary relief, court costs and any further relief the court grants.

The case is US District Court for the Central District of California Case number 8:16-cv-01093-CJC-JCG.

VW To Pay…So, by now almost everyone must be aware that Volkswagen (VW) has reached agreements with  the United States and the State of California, and the U.S. Federal Trade Commission (FTC), that will see it stump up $14.7 billion—the largest such payout of its type in US history—to end consumer fraud allegations over the now infamous VW emissions scandal.

Now, just to be clear, the settlements do not resolve pending claims for civil penalties or any claims concerning 3.0 liter diesel vehicles. Nor do they address any potential criminal liability. So stay tuned on that front.

The information on the settlements is provided more comprehensively on our dedicated Volkswagen emissions settlements page—BUT the super short versions are that VW will offer consumers a buyback and lease termination for nearly 500,000 model year 2009-2015 2.0 liter diesel vehicles sold or leased in the US, and spend up to $10.03 billion to compensate consumers under the program. In addition, the companies will spend $4.7 billion to mitigate the pollution from these cars and invest in green vehicle technology.

Additionally, the settlements partially resolve allegations by the Environmental Protection Agency (EPA), as well as the California Attorney General’s Office and the California Air Resources Board (CARB) under the Clean Air Act, California Health and Safety Code, and California’s Unfair Competition Laws, relating to the vehicles’ use of “defeat devices” to cheat emissions tests. The settlements also resolve claims by the FTC that Volkswagen violated the FTC Act through the deceptive and unfair advertising and sale of its “clean diesel” vehicles.

The affected vehicles include 2009 through 2015 Volkswagen TDI diesel models of Jettas, Passats, Golfs and Beetles as well as the TDI Audi A3.

The Buyback option: Volkswagen must offer to buy back any affected 2.0 liter vehicle at their retail value as of September 2015 — just prior to the public disclosure of the emissions issue. Consumers who choose the buyback option will receive between $12,500 and $44,000, depending on their car’s model, year, mileage, and trim of the car, as well as the region of the country where it was purchased. In addition, because a straight buyback will not fully compensate consumers who owe more than their car is worth due to rapid depreciation, the FTC order provides these consumers with an option to have their loans forgiven by Volkswagen. Consumers who have third party loans have the option of having Volkswagen pay off those loans, up to 130 percent of the amount a consumer would be entitled to under the buyback (e.g., if the consumer is entitled to a $20,000 buyback, VW would pay off his/her loans up to a cap of $26,000).

The EPA-approved modification to vehicle emissions system: The settlements also allow Volkswagen to apply to EPA and CARB for approval of an emissions modification on the affected vehicles, and, if approved, to offer consumers the option of keeping their cars and having them modified to comply with emissions standards. Under this option in accordance with the FTC order, consumers would also receive money from Volkswagen to redress the harm caused by VW’s deceptive advertising.

Consumers who leased the affected cars will have the option of terminating their leases (with no termination fee) or having their vehicles modified if a modification becomes available. In either case, under the FTC order, these consumers also will receive additional compensation from Volkswagen for the harm caused by VW’s deceptive advertising. Consumers who sold their TDI vehicles after the VW defeat device issue became public may be eligible for partial compensation, which will be split between them and the consumers who purchased the cars from them as set forth in the FTC order.

The lawsuit, originally filed on April 14, 2015, alleged that the calls at issue were, without exception, non-emergency, debt-collection calls and texts made in connection with Home Equity Loans and Residential Mortgage Loans.

Heads Up—a person who is a member of both Subclasses is eligible to make two claims on the Settlement Fund. The three Class Representatives are seeking awards for their time and effort on behalf of the Class, and Wells has agreed not to object to such incentive payments to be paid to Davis, Markos, and Page from the Settlement Fund provided that the payments do not exceed $60,000 in the aggregate or $20,000 for each Class Representative, subject to Court approval.

Ok, that’s a wrap folks… Happy Canada Day and Fourth of July…. See you at the Bar!

It’s been a busy week…

Oh, if these walls could talk. Some good news for homeowners who have found themselves victims of Chinese drywall. The Chinese drywall fiasco is generating a lot of activity, including a class action lawsuit filed on April 24th, by a couple in Florida against Georgia-Pacific Gypsum, and 84 Lumber. The suit alleges the companies sold sulphur-contaminated drywall and timber. Ironically, the products were touted as being ‘green’. END_OF_DOCUMENT_TOKEN_TO_BE_REPLACED