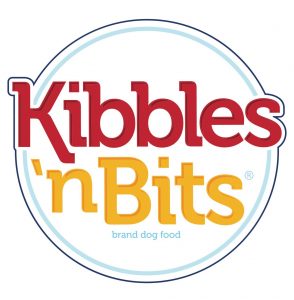 Got a dog? Feed your best friend Kibbles ‘n Bits ? You might want to read this. The Smuckers-owned dog food company is facing a consumer fraud  class action lawsuit over allegations it used unsafe ingredients in its dog food – despite advertising that the food was safe.

“Pentobarbital is a Class II controlled substance and there is no safe or set level for pentobarbital in pet food. If it is present, the food is adulterated,” the complaint states.

Schirripa alleges in her complaint that she heard about the tests while listening to Washington, D.C.-based television station WJLA, which aired a report on February 8, claiming that tests at two laboratories had found pentobarbital in multiple varieties of Kibbles ‘n Bits canned dog food.

The Kibbles ‘n Bits lawsuit asserts that the package labeling fails to mention the contamination and that Big Heart has put out statements claiming to have “strict” safety and quality control procedures, and that its food will be “pure, wholesome and safe for pets.”

“Defendants’ material omissions are false, misleading, and reasonably likely to deceive the public. This is true especially in light of the long-standing campaign by defendants to market all their products, including the contaminated dog food and ‘providing safe, healthy and high-quality food’ with the as healthy and safe with the ‘purest ingredients,'” the lawsuit states.

In a voluntary recall of the products named in the complaint, Big Heart states the amount of drug found did not pose a danger to pets, Schirripa alleges. However, the defendant said the contamination had been traced back to cow, pig and chicken fat from a particular supplier, which it said it would not name due to potential litigation, and that it would now test its products for the drug and “enhance” its supplier oversight.

Fingers slammed? Fingerhut got hit this week with a proposed Telephone Consumer Protection Act (TCPA), class action lawsuit filed by a man who alleges he has received calls from the company seeking payment for products he never bought. That’s a pain in the you know what.

Filed by plaintiff Herman Fulwiley, the complaint states that he received numerous telephone calls made by an auto-dialer, in direct violation of the TCPA. Further, the calls continued even after he withdrew his permission for them to contact him by phone.

“As a result of Bluestem’s actions … plaintiff has suffered and continues to suffer stress, aggravation, emotional distress and mental anguish,” the complaint states.

The backstory? In November 2016, Fulwiley purchased several items from Fingerhut, including a tablet computer, bedding and jewelry, according to the lawsuit. However, when the package arrived later that month, it did not contain the items he had purchased, rather items he had not purchased. He says he sent the package back to the company in an effort to return the items, obtaining a tracking number on the package “to ensure delivery,” the complaint states.

Fulwiley alleges that Bluestem began calling him about a month later, using what he says he could tell was an automatic dialing system. He asserts he received at least 20 auto-dialed calls from the company trying to collect unpaid amounts relating to previous purchases “despite the fact that plaintiff had paid for the purchased items and returned the items which he had not purchased.”

Despite speaking directly to Bluestem in August 2017, and revoking his consent for the company to call him, he continued to receive calls, the lawsuit states.

The Fingerhut lawsuit seeks to represent a nationwide class of people who receive any auto-dialed or prerecorded calls from the company within the last four years. It also asks a judge to order injunctive relief forcing the company to stop placing auto-dialed calls and to enter $500 for every negligent TCPA violation found, $1,500 for every knowing violation found and an award for court and litigation costs.

PlayStation will pony up $3.75 million settlement to end a lengthy, nationwide defective products class action. This lawsuit goes way back, by the way. Here’s what you really need to know:

You are eligible to receive a cash payment of up to $65 if you submit a valid and complete Claim Form. Because settlement funds will be distributed to Class Members on a pro rata basis, the exact dollar amount that each Class Member will receive will depend on the total number of valid claims that are submitted.

If you previously submitted a claim form in the earlier settlement in this matter, you will automatically be included and do not need to submit another claim form.