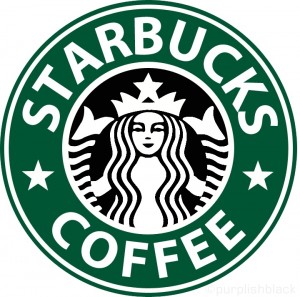 The King of Coffee is facing a class action lawsuit alleging a bit of consumer fraud—in the guise of misleading advertising. The lawsuit alleges Starbucks advertised prices for product that are lower than those charged by baristas. That’s not very nice.

Specifically, the Starbucks lawsuit contends that the coffee brewers advertising for reduced-fat turkey bacon breakfast sandwich and sausage and cheddar breakfast sandwich include prices that are lower than that which the plaintiff, Sarah Martin, paid. The turkey bacon sandwich was advertised for $3.45 when it actually costs $3.75, while the sausage and cheddar sandwich was advertised as $3.25 when the actual price is $3.45, according to the complaint.

Apparently, there are at least seven Starbucks locations in Los Angeles county where the in store pricing is different from the advertised price. The potential class action suit alleges violations of the California statutes covering consumer protection, false advertising, unfair competition, unjust enrichment and fraud. That should about cover it.

Further, the lawsuit contends that Starbuck’s policy regarding receipts helped it conceal the alleged false advertisement. “Plaintiff and members of the proposed classes relied to their detriment on Starbucks misrepresentations regarding the price of goods,” the complaint states. “Starbucks also has the policy of asking consumers whether they would like a copy of their receipt, which makes it harder to discover the misrepresentation.”

AT&T is in the Cross-hairs… of an unpaid overtime class action lawsuit brought by a training manager who alleges the company is in violation of California labor law and the Fair Labor Standards Act.

Specifically, the AT&T lawsuit contends that the telecommunications giant intentionally misclassified the workers as being exempt from overtime requirements in order to avoid giving them the extra pay they were entitled to under state and national employment laws.

Filed in the US District Court for the Central District of California, plaintiff Wendell Watson alleges that despite assigning the trainers their work and being aware that they often worked longer than 40 hours a week, AT&T refused to pay overtime to training specialists nationally.

Here’s the skinny, according to a statement issued by attorney’s representing the plaintiff:  AT&T employees involved in designing company trainings often work nights and weekends interviewing experts at the company and then passing the information on to instructors. In the lawsuit, Watson, an AT&T training design manager since 2001, states that the workers not only did not receive overtime but also regularly worked more than five consecutive hours without a required half-hour meal break or a second break after working for 10 hours.

The lawsuit also states that “In addition, the California plaintiff and California class members regularly work and have worked without being afforded at least one 10-minute rest break, in which they were relieved of all duty, per four hours of work.”

AT&T is also being accused of failing to provide accurate wage statements, such that workers were not able to determine how much and for what hours they were being paid. Not an uncommon complaint these days, sadly.

Here’s some good news to help your Friday along… A $10.2 million settlement has been agreed between the plaintiffs in a robocall class action lawsuit and JPMorgan Chase Bank NA. The bank allegedly made unsolicited robocalls to more than 2 million customers’ cellphones, in violation of the Telephone Consumer protection Act (TCPA).

According to the robocall agreement, if approved, Chase will pay $10.2 million into a non-reversionary settlement fund, with approximately $45 to $55 to be paid to each of the 2.2 million class members.