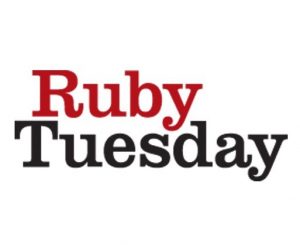 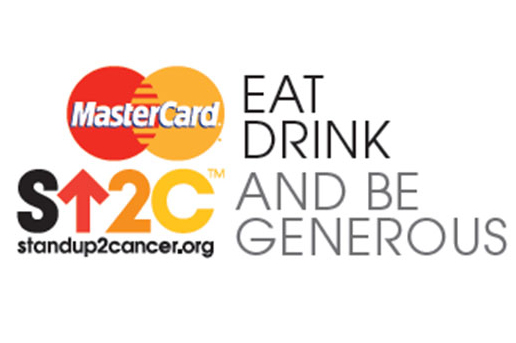 Spirit of Giving Gone too Far? In the season of giving, MasterCard was served with a consumer fraud class action lawsuit this week, and it’s all about giving baby! Yeah—charitable donations. Filed by a New Jersey man, the lawsuit claims the company continued to advertise a donation promotion after its donation goal had been met. Hmm.

Filed by plaintiff Robert Doyle, individually and for all others similarly situated, the MasterCard lawsuit alleges breach of contract, breach of good faith and fair dealing, and violations of the District of Columbia Consumer Protection Procedures Act.

According to the lawsuit, every year since 2011 MasterCard has run a marketing promotion related to Entertainment Industry Foundation’s Stand Up To Cancer program, in which MasterCard advertises it will give one cent to the program for each credit or debit transaction made by a MasterCard cardholder.

Under the terms of the program, a donation can only be made if the cardholders use a consumer or small-business card issued by a US financial institution, and the transaction is for a minimum of $10. Further, it must be made at a qualifying restaurant in the US. MasterCard advertised that it had a goal of reaching $4 million to be donated to the program.

Doyle and others in the class seek damages of more than $5 million, including punitive damages, injunctive relief, attorney fees, and costs of the lawsuit. The case number is 1:15-CV-09360-LTS, Southern District of New York.

Covert Ops Barbie? This is creepy—no matter how you dice it. Barbie is violating children’s privacy—well actually—that would be Mattel. The toy maker got hit with a  proposed privacy violations class action alleging its new interactive doll, “Hello Barbie”, violates children’s privacy laws by recording their conversations with the doll without proper consent. OMG. Where do you start? Or perhaps—where does it stop?

According to the Hello Barbie lawsuit, named plaintiffs Ashley Archer-Hayes and Charity Johnson claim Mattel Inc. and interactive toy technology maker ToyTalk Inc. violate Children’s Online Privacy Protection Act by recording children’s voices during their conversations with the doll and storing them online without obtaining sufficient consent. The women also filed suit against kidSAFE, a seal-of-approval program that certified the doll as COPPA-compliant.

According to court documents, in December of this year Archer-Hayes bought “Hello Barbie” for her daughter. She registered it online and downloaded a smartphone app that would allow her to listen to, review and delete recordings the Barbie doll transmits to ToyTalk’s servers. However, several days later her daughter and her friends, one of whom is Johnson’s daughter, played with the toy at a Barbie-themed party, which recorded the voices of other children whose parents hadn’t consented to its use.

“Defendants knew or should have known that the ‘Hello Barbie’ doll, a toy directed at children six-years-old and over, would be used in the presence of and by children under thirteen, other than the child-owner of the doll,” the complaint states, “[and that] there was a great likelihood, if not a certainty, that in sharing and playing with the ‘Hello Barbie’ doll, children under the age of thirteen, other than the child-owner, would be recorded and such recording would be transmitted to ToyTalk’s cloud database for collection, maintenance, and use.”

According to the proposed suit, four classes of plaintiffs are proposed, specifically: Californians who have purchased the dolls for their children; Californians whose children’s voices were recorded without their consent; and nationwide classes in similar circumstances.

According to information on Mattel’s website, “Hello Barbie” is programmed with about 8,000 lines of kid-friendly dialogue, plays 20 games. The doll costs about $75. The doll records voices when kids press on its belt buckle and transmits them over Wi-Fi, the website says.

The lawsuit suit alleges negligence, unjust enrichment, invasion of privacy and violations of California’s Unfair Competition Law, and it seeks unspecified damages. The case is Ashley Archer-Hayes et al. v. Toytalk Inc. et al., case number BC603467, in the Superior Court of the State of California, County of Los Angeles.

It may just be cheaper to keep your promises…Blue Buffalo Pet Products has agreed to pony up $32 million as settlement of a consumer fraud class action litigation pending against it and its subsidiary Blue Buffalo Company, Ltd. The lawsuit alleges, among other things, that certain Blue Buffalo products were not consistent with the “True Blue Promise.” The class action lawsuits brought on behalf of consumers and consolidated in the Multi-District Litigation pending in the United States District Court for the Eastern District of Missouri.

Under the terms of the Blue Buffalo agreement, Blue Buffalo will pay $32 million into a settlement fund to settle the claims of the plaintiff class. Any attorneys’ fees awarded by the court and all costs of notice and claims administration will be paid from the settlement fund. The amount that each class member who submits a claim for reimbursement will receive will depend on the total amount of Blue Buffalo products purchased by the claimant during the class period and certain other conditions.

Blue Buffalo denies any wrongdoing, (naturally) and has agreed to this settlement to eliminate the uncertainties, burden and expense of further litigation. The settlement agreement is subject to preliminary and final approval by the court.

Ok—that’s it for this week folks—see you at the bar!