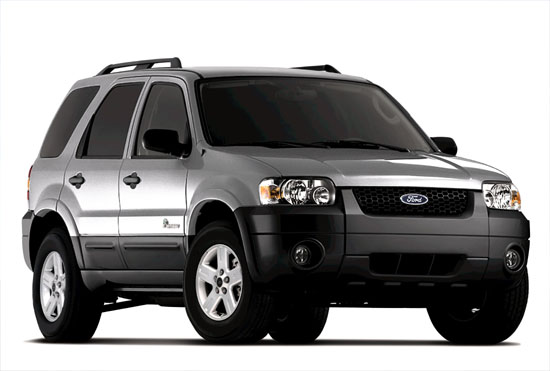 Heads-up all you Ford Hybrid owners. A defective automotive class action lawsuit has been filed against Ford alleging the car manufacturer’s hybrid sedans can shut down without warning. Not good!

Specifically, the Ford Hybrid class action claims that because of a flaw in the engine-cooling systems, two of Ford’s hybrid sedans can shut down without warning while traveling at highway speeds. The lawsuit further claims that Ford has known of the defects since 2005 based on pre-release testing data, consumer complaints, warranty reimbursement rates and data from Ford dealerships.

The backstory: Filed by lead plaintiff Jean MacDonald, the lawsuit, entitled MacDonald v. Ford Motor Co., Case No. 3:13-cv-02988, in the U.S. District Court for the Northern District of California, alleges MacDonald purchased a new 2007 Ford Escape hybrid from a California dealership and put more than 43,000 miles on it without incident. Then, in December 2012, the car’s “Stop Safely Now” light went on and the vehicle went powerless in the middle of the freeway.

A dealership determined the vehicle there was a malfunction of a cooling pump associated with the MECS, and replaced it at a cost of $767. The MECS (Motor Electric Cooling System) is used in the Ford hybrids to diffuse the heat generated by the hybrid vehicles’ battery-powered motor component. The MECS releases hot air into the atmosphere. To prevent the vehicles from sustaining damage from the heat, the vehicles are designed to shut down whenever the MECS becomes inoperative.

According to the lawsuit, Ford’s MECS coolant pumps are “substantially certain” to fail suddenly and without warning, causing the vehicle to shut down immediately. Because the engine shutdown can occur while the vehicle is traveling at highway speeds, drivers may find themselves in an extremely dangerous situation.

“The coolant pump causes unsafe conditions in the class vehicles, including but not limited to abrupt losses of acceleration, inability to manoeuvre the vehicle due to reduced speed, slowed steering, and in certain cases, complete vehicle failure,” the lawsuit states. This sudden engine failure can leave a driver stranded in the middle of a busy highway if a shoulder cannot be reached before the vehicle comes to a complete stop.

“Defendant knew about and concealed the coolant pump defect present in every class vehicle, along with the attendant dangerous safety and driveability problems, from plaintiff and class members, at the time of sale, lease and repair,” the Ford complaint states.

In bulletins issued by Ford, the company issued instructions on how Ford mechanics were to replace the allegedly defective coolant pump with a nondefective model, but the carmaker has allegedly told consumers that they are on the hook for the costs of a new system rather than repairing it under warranty.

“Instead of repairing the defect in the MECS coolant system, Ford either refused to acknowledge their existence, or performed ineffectual repairs that simply masked the effect,” according to the lawsuit.

The Ford class action lawsuit seeks to represent a nationwide class of buyers and lessees of the allegedly defective Escape and Mariner models, as well as a subclass of California-based customers under the state’s Consumer Legal Remedies Act.

Bank of America—at it again? If you hold a BoFA mortgage, read this: A consumer banking deceptive practices class action lawsuit has been filed alleging that Bank of America (NYSE:BAC) created and headed an illegal enterprise designed to defraud homeowners seeking loan modifications as part of the government’s Home Affordable Modification Program, or “HAMP.”

The BofA loan modification class action, filed in US District Court in Colorado on July 10, alleges that Bank of America masterminded a scheme which allowed it to deny help it had promised to give thousands of its customers in exchange for $45 billion it took in bailout funds.

“We believe that Bank of America gamed the system, perpetrating a fraud on both its customers and American taxpayers,” said Steve Berman, managing partner of Hagens Berman and one of the attorneys who filed the lawsuit. “BofA promised that it would work with homeowners to modify their mortgages under the HAMP program. Instead it took $45 billion in taxpayer money and fought as hard as it could to avoid granting modifications, squeezing every last dollar from its customers and wrongfully foreclosing thousands of people’s homes in the process.”

The lawsuit alleges that Bank of America employed contractors, including co-defendant Urban Lending Solutions (“Urban”), who repeatedly lied to Bank of America’s customers. For instance, the suit claims that Urban employees answered the phone, “Bank of America – Office of the President,” when they did not work directly for Bank of America.

Former employees, according to the complaint, have confirmed that Bank of America instructed its employees to delay modifications, claim that it had not received paperwork and payments when it had received them, and declined modifications en masse in periods known internally as “blitzes.”

The complaint also alleges that Bank of America went to great lengths to keep its employees silent about these issues. According to the BofA class action, employees who questioned the ethics of declining modifications for fraudulent reasons, or of lying to customers, were subject to discipline including termination.

The lawsuit claims that Bank of America is guilty of violating the Racketeering Influenced Corrupt Organizations Act, or RICO. It asks for damages to be awarded to a proposed class defined as:

“All individuals whose home mortgage loans have been serviced by BOA and who, since April 13, 2009, (1) applied to BOA for a HAMP loan modification, (2) fulfilled an FHA Trial Period Plan Agreement or any other trial-payment agreement that was not issued pursuant to SD-09 (form 3156), (3) sent documents to, or received documents or other communications from, Urban employees in connection with their attempts to modify their home mortgage, and (4) did not receive, within 30 days after making all required trial payments, a permanent loan modification that complied with HAMP rules.”

This one’s on Ticketmaster! A proposed settlement has been reached in the Ticketmaster consumer fraud class action lawsuit which alleges the company deceptively enrolled website visitors into an “Entertainment Rewards” program.

The Ticketmaster lawsuit, entitled John Mancini, et al. v. Ticketmaster, et al., Case No. 7-cv-01459 DSF, U.S. District Court, Central District of California, alleges that Defendants enrolled customers of Ticketmaster.com into the “Entertainment Rewards” program through a process that was likely to deceive reasonable consumers. In particular, Plaintiffs allege that Defendants did not adequately disclose that customers were being enrolled in an online coupon service and that they would be charged a monthly fee for that service, typically $9, on the credit or debit card they used at Ticketmaster.com.

Plaintiffs further allege that the vast majority of enrollees who were charged for the Entertainment Rewards program did not use the program or otherwise benefit from it. Excluding customers who have previously obtained a full refund, Plaintiffs allege that there are approximately 1,120,000 such customers and that the total paid by these customers (net of partial refunds) for membership in Entertainment Rewards was approximately $85 million. Plaintiffs assert violations of California and federal law.

Eligible class members will receive a cash refund of the amounts they paid for membership in the Entertainment Rewards program (other than amounts that have already been refunded), up to a maximum of $30, however this is dependent on the number of successful claims filed.

A final hearing is set for July 29, 2013, and if approved, the settlement will resolve the lawsuit against Ticketmaster, Entertainment Publications, Inc. and IAC/InterActiveCorp (“Defendants”) brought by several Ticketmaster customers (“Plaintiffs”).

Complete information and claim forms are available at www.EntertainmentRewardsSettlement.com.

Ok folks, Have a great weekend—see you at the bar!