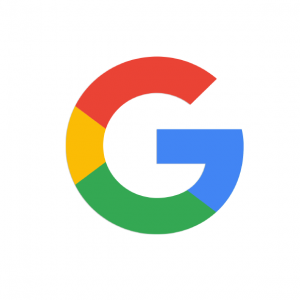 Got a defective Pixel? Do no evil… well, maybe just a little? Google got hit with a potential consumer fraud class action this week, over allegations the microphones and speakers in its Pixel phones have a tendency to fail, a defect Google is aware of, yet it continues to advertise and sell the phones anyway. END_OF_DOCUMENT_TOKEN_TO_BE_REPLACED

The week’s top class action lawsuits and settlements. Top stories for the week include SeaWorld, California Temp Workers and Nissan. 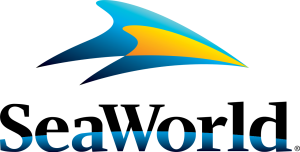 Is SeaWorld EZPay not EZ to get out of? Jason Herman, Florida believes so. He filed a consumer fraud class action lawsuit against SeaWorld Parks & Entertainment in Florida this week, alleging the marine park automatically renewed annual passes without consumers’ consent and didn’t follow the terms as stipulated in its own contract when confronted by consumers who allege they were charged excessively. Nice. Know this song…

The SeaWorld lawsuit claims Herman, a Florida resident, purchased a one-year adult EZPay to SeaWorld in Orlando and Busch Gardens in Tampa. He anticipated his first payment of $35.40 on March 18, 2013 would be followed by 11 additional monthly charges of the same amount. However, payments continued to be charged to his credit card through to September 18, he alleges.

The lawsuit further contends that despite SeaWorld’s allegedly hidden contract, the company was not authorized to automatically renew the passes. In Herman’s case, he purchased his pass on March 18, 2013, and the 11th subsequent payment was charged to his credit card on February 18, 2014 – fully paying off the cost of the annual pass in 11 months.

California Temp Workers Getting Temporary Paperwork? According to a California woman, the temporary employment agency Career Strategies Temporary Inc., (CST), she worked for is in violation of  California labor law and she’s filed a class action lawsuit against CST as a result. She alleges CST intentionally failed to provide her and at least 1,000 others with accurate wage statements. That’s handy. The only thing worse than having to do paperwork is not having the paperwork to do the paperwork with, if you follow…

Heads up—the temp worker lawsuit seeks to represent a class of CST workers who were employed in California at any time from November 1, 2013, through the present and who were similarly deprived of accurate wage statements.

So, the allegations, specifically, are that CST violated California state labor law by issuing weekly wage statements that did not include the dates of the associated pay period. “Plaintiff and each class member suffered and suffer injuries as a result of the missing pay period because a reasonable person could not promptly and easily determine the pay period from the wage statement alone without reference to other documents or information,” the complaint states.

Offering temporary and direct-hire staffing services, California-based CST has offices in seven states. It employed Bengel as a temporary employee “during the applicable statutory period,” during which time Bengal was paid on a weekly basis, according to the complaint. Wonder if anything else will come out of the woodwork on this one…

Nissan Settlement puts the Brakes on…a defective automotive class action lawsuit it’s facing. Under the terms of the deal, Nissan North America Inc.will  pay vehicle owners up to $800 each. If you’re confused as to exactly which defective automotive class action this settlement is for—cast your mind back—to a lawsuit that alleged the braking system in certain Nissan trucks and SUVs is prone to sudden failure, increasing the risk for injury and death.

The lawsuit was originally filed in April 2011 by Brandon and Erin Banks. It alleged the defective sensor posed a serious safety threat to consumers because it controls critical safety aspects of braking and was prone to failure. The defect caused drivers to be suddenly unable to stop their vehicles within a reasonably safe time and distance, or at all.

The complaint states the automaker knew about the defect but hid it from consumers “to [Nissan’s] significant financial gain.”

So to get to the deal, the proposed Nissan settlement terms would see current and former owners of approximately 350,000 2004-2008 Nissan Titans, Armadas and Infiniti QX56 vehicles in the US be able to file claims seeking reimbursement for out-of-pocket expenses they incurred in replacing or repairing a defective delta stroke sensor, which is a component of the faulty braking system.

Paycheck Games? Gamestop got hit with a wage and hour class action lawsuit this week, alleging the company  committed several California Labor Code violations including systematically neglecting to pay their employees for all hours worked. Really?

In the Gamestop wage and hour class action, employees alleged in their lawsuit that they were required to clock out of Gamestop’s timekeeping system and continue working off the clock to fulfill their daily tasks. Additionally, the lawsuit alleges that Gamestop “consistently does not allocate enough labor hours such that there is not enough time for the employees to complete their required duties within the allocated labor hours.” As a result, the Complaint claims that these employees were systematically denied compensation for the actual number of hours worked. Sound familiar?

Wait—there’s more. The lawsuit also asserts that the Gamestop employees were regularly denied meal and rest breaks, and there was no policy in place to compensate employees for missed meal or rest breaks. Specifically, the lawsuit claims that, “Plaintiff and California Class Members are required by [Gamestop] to work alone, or with an employee that cannot be left alone in [a Gamestop] store, for the first five (5) hours of their scheduled shift.”

The case, filed June 5, is pending in San Diego, CA, in case you know anyone…

Continuing with our theme of wage & hour lawsuits…

Pharma Sales Reps Get Their Due. This time a settlement—a final approval, in fact,—of a $99 million settlement in the nationwide wage and hour class action brought by Novartis Pharmaceuticals Corp. sales representatives.  http://www.lawyersandsettlements.com/settlements/16682/99-million-settlement-approved-in-novartis-sales.html

On May 31, Judge Paul A. Crotty of U.S. District Court for the Southern District of New York approved the settlement following a fairness hearing held the same day. This follows the preliminary approval of the settlement granted by Crotty in January. The settlements are the result of two lawsuits filed in 2006 citing violations of the Fair Labor Standards Act and California and New York laws (30 HRR 91, 1/30/12).

And now for something completely different—how about a little consumer fraud? (Served with a healthy portion of “Oh no you don’t”.)

There is a total cap of $250,000 on the dollar amount of Refund PINs, less certain fees and costs. Individual claims are capped at $16.00 in Refund PINs, rounded up to the nearest 50 cent increment, based on 30% of the face value of consumers’ eligible Krossland Calling Card purchases during the Class Period, subject to possible proration as described in the full class settlement notice. The Refund PIN may be used within 1 year of activation, and a deadline for using this PIN shall be provided with the PIN. Settlement Class members can submit a Proof of Claim Form online at http://www.KrosslandSettlement.com or by requesting a Proof of Claim Form from the Settlement Administrator and submitting it to the address below.

This is only a summary of the settlement. For additional information regarding this settlement, the full Notice of Class Action Settlement (“Notice”) is available at http://www.KrosslandSettlement.com.”

Ok—Happy Friday Folks. See you at the bar! Oh yes!