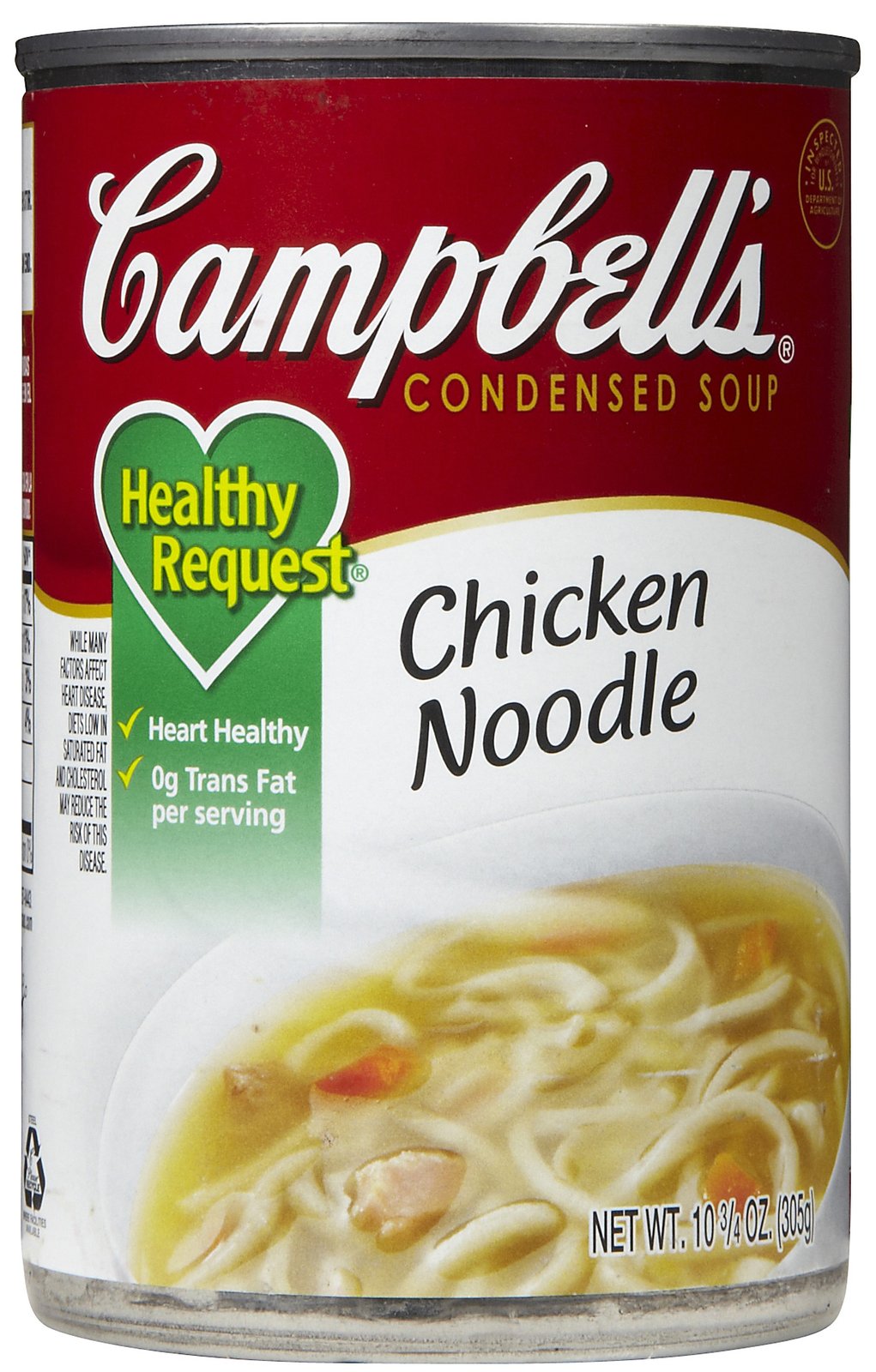 Souped up Claims? Some unhealthy allegations were leveled at Campbell’s and The American Heart Association (AHA) this week. The two organizations are facing a consumer fraud class action lawsuit challenging the validity of the heart-healthy claims displayed on some Campbell’s soups.

The Campbell’s Soup lawsuit centers on the AHA’s “Heart-Check” certification and whether it rightfully conveys that certain types of Campbell’s soups have particular health benefits. The lawsuit alleges that the AHA allows Campbell’s and other companies, to use its “Heart-Check” label on products that run counter to its stated mission, to fight heart disease and stroke, in exchange for fees.

According to the AHA’s website, a product displaying the “Heart Check” certification must contain no more than 480 milligrams of sodium per serving. However, the website also states the definition of low sodium is 140 milligrams or less per serving.

According to the complaint, one can of Campbell’s “Healthy Request” condensed Chicken Noodle Soup, displaying the AHA’s “Heart Check” certification, is listed as having 410 milligrams of sodium per half-cup serving. However, there are two or more servings per can, meaning there would be at least 820 milligrams of sodium in a can, the plaintiffs allege.

“The AHA, for a fee, abandons its general, non-commercial dietary and nutritional guidelines,” the lawsuit states. The lawsuit states that the AHA’s “Heart Check’ mark is misleading in that people who see the mark think that the products displaying it, in this case Campbell’s soups, “possess some cardiovascular benefit not enjoyed by products that have not been certified by the AHA.” The only difference is that Campbell pays money for the certification, according to the suit.

It’s a salty tale indeed—and will be interesting to see how it plays out.

Been paying 1,000%-1,500% interest on Payday loans? Don’t know? Read on. A deceptive business practices class action lawsuit has been filed over FastLoan payday loans sold by the following banks: Bank of Albuquerque, Bank of Arizona, Bank of Arkansas, Bank of Kansas City, Bank of Oklahoma, Bank of Texas, and Colorado State Bank and Trust.

The payday loan lawsuit alleges that some customers of these banks who obtained “FastLoans” were charged annual percentage rates grossly in excess of the rates represented in the FastLoan agreements. FastLoans are similar to payday loans. The banks told consumers that the loans had an APR of 120% for a term of 30 days. Typically, however, the bank repays itself from the customer’s account in a much shorter time, resulting in APRs of well over 120%—and sometimes over 1,000% or 1,500%. The lawsuit alleges that the bank breached its FastLoan payday loan contract with its customers and that the FastLoans violated the Truth in Lending Act (TILA), the Electronic Funds Transfer Act (EFTA), and state consumer protection laws. Money, money, money…how does that song go?

A Settlement Fit for Approval? Very possibly. LA Fitness has reached a revised settlement in a consumer fraud class action lawsuit pending against it. The LA Fitness lawsuit claims the fitness company continued to charge New Jersey customers after they cancelled their gym memberships.

Sound familiar? This isn’t the only such lawsuit LA Fitness faced—we posted one filed in southern California, and another stating violations of Florida’s consumer protection laws.

If granted final court approval, the settlement will resolve the lawsuit entitled The Martina v. LA Fitness International LLC, Case No, 12-cv-02063. A final court hearing is scheduled for September 17, 2013.

Ok—back to this settlement: there are two proposed classes of plaintiffs affecting people who either cancelled their monthly dues membership with L.A. Fitness during the time period of February 28, 2006 through March 31 2012 OR who entered into a fitness service agreement with L.A. Fitness in the state of New Jersey during the period of February 28, 2006 through March 31 2012.

Subject to final court approval, the parties have agreed to a settlement under which Class Members will receive either (a) ) two free individual personal training sessions of 25 minutes each with a certified personal trainer (not a master trainer) at any New Jersey L.A. Fitness facility, except a Signature Club location; or (b) a credit of One Hundred Dollars (the “$100 Credit”) to be applied toward the purchase of a new Monthly Dues Membership at any L.A. Fitness facility (and can be used to offset any initiation fee and/or initial dues as applicable).

The Membership Agreement Class is defined as “all Individuals: (a) who entered into Monthly Dues Membership Agreements with L.A. Fitness in the State of New Jersey, and (b) who paid for an additional month of dues after L.A. Fitness received and processed a Notice of Cancellation during the time period February 28, 2006 through March 31, 2012 (in addition to the application of pre-paid last month dues), and (c) the payment of the additional month of dues was not subsequently refunded.”

Subject to final court approval, the parties have agreed to a settlement under which Class Members will receive a 45 Day Access Pass to any L.A. Fitness facility in New Jersey, except Signature Club locations. Class Members may also receive a payment equal to one-third (1/3) of one month’s dues.

For complete details and to download claim forms, visit www.NJGymSettlement.com. The deadline to request these benefits and/or use them is September 17, 2014.