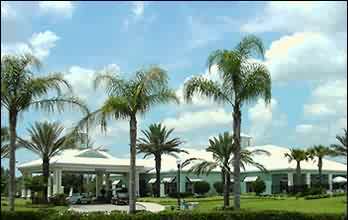 Here’s the skinny: According to the class action lawsuit, beginning in 2004, approximately 900 parties purchased timeshare interests in Celebration World Resort Owners Association, located in Kissimmee, FL, from B.L. Vacation Ownership Inc. Between 2008 and 2011, representatives of B.L. Vacation Ownership sold upgrades to existing timeshare owners that would increase the number of points they had to apply to timeshare reservations.

After the homeowners purchased the upgrades, B.L. Vacations sold the resort to Festiva Hospitality Group, now known as Zealandia Holding Co., and the resort’s name was changed to Festiva’s Orlando Resort. After the sale, the lawsuit alleges, the reservation point system was changed and the upgrades that had been purchased by the timeshare owners were not honored. Nice.

The lawsuit names the Orlando Homeowners Association, B.L. Vacation Ownership Inc., Zealandia Holding Co. and its subsidiary and affiliate companies, and RCI LLC as defendants. The suit alleges that one or more of the defendants:

Breached the fiduciary duty owed to the timeshare owners

So—be interesting to see how this is resolved…

Another Big Asbestos Settlement this week. A construction worker who, is not named, and who developed a highly aggressive cancer after his exposure to asbestos, has resolved his lawsuit against the defendant companies for $7.5 million prior to trial. The plaintiff brought suit against several of the companies that manufactured the materials. The defendants severally denied liability.

Heads up all you construction workers out there: In the 1970s and 1980s, the plaintiff was a construction worker helping install underground water and sewer lines beneath the Sacramento Valley city of Chico. His job involved working with pipes made from a concrete-asbestos compound, which he would cut with a gasoline-powered saw. The cutting generated an enormous amount of cement-asbestos dust, which left the plaintiff covered head to toe by the end of the day. The plaintiff was later diagnosed with pleural mesothelioma, an aggressive form of cancer, also rare except where attributable to asbestos exposure.

One Ringy Dingy—for anyone out there who received pre-recorded messages from AT&T: There is a proposed Settlement in a class action pending in the US District Court for the Western District of Washington. The class action lawsuit concerns the alleged failure by AT&T Corp. to comply with the law in its delivery of a pre-recorded telephone message between July 30, 2008, and May 29, 2012.

If you received the pre-recorded message during that time you may be eligible to receive a payment from the AT&T class action Settlement.

This lawsuit alleges that AT&T Corp. did not comply with the Telephone Consumer Protection Act (“TCPA”) and the Washington Automatic Dialing and Announcing Devices Act (“WADAD”) in its program to deliver the following pre-recorded message (the “Calling Program”) between July 30, 2008, and May 29, 2012:

“Hi this is AT&T calling with an important message regarding your recent long distance calling. This call is to alert you that someone in your household recently made one or more international calls which will appear on your next AT&T bill at a non-discounted rate. Thank you for using AT&T. Our number is 800-235-9920.”

Ok—that’s a wrap. See you at the bar. Happy weekend everyone!