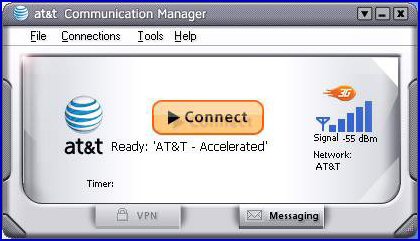 Net Taxes Paid? Well, seems like they shouldn’t a been.  AT&T is facing a class action lawsuit—and no you’re not experiencing dÃ©jÃ  vu—this lawsuit is over allegations that the Internet access fees the company charges its smart phone customers is in violation of the law.

Apparently, the boffins that make law up on the hill had a flash of wisdom years ago, and made it illegal for taxes to be collected on internet access service. Of course, there were no such things as smart phones when the Internet Tax Freedom Act came into being in 1998. Nevertheless, it has been updated several times and suffice to say is good until 2014.

Apparently, the suit states that AT&T’s Internet access tax is listed as a separate line item on monthly bills. Naughty, naughty. Actually, really naughty—one media report states that “AT&T says in a court filing that 40 class-action suits have been filed in 37 separate districts.”

If you had to pay tax for internet access on top of all the other charges tacked on to your phone package, would you bother with the service?

Dying to lose weight? Be careful what you wish for. Very sadly, a young woman who signed up to shed the extra pounds through LA Weight Loss Centers Inc, subsequently died from liver failure as a result of taking some diet supplements that had not been tested or regulated by the FDA, but were apparently recommended by the ‘professionals’ at LA WLC.

Pamela Hoppe’s sister brought a lawsuit against LA WLC on behalf of Pamela’s estate. The suit was settled out of court for $700,000, half of which will be split between Pamela’s two surviving children.

Freight Co. Older and Wiser Now, Too? This case reminds me of that wonderful film “Up in The Air”…the story line part…not George Clooney, sadly. Mr. Donald Wayne Smith was laid off by his employer, Central Freight Lines Inc, after 45 years of service. He was a dockworker, and 62 years old at the time he was laid off. That should have made finding another job a piece of cake…Not.

And so, Mr. Smith sued his ex-employer alleging age discrimination. In his suit, Mr. Smith alleged that during his last months of employment he received a disproportionate number of disciplinary write-ups and that the company changed its layoff guidelines. Ummm.

And he claimed that new guidelines were introduced that exempted part-time and supervisory employees, to ensure he was laid off while younger workers with worse work records remained employed.

But wait—Central Freight was just cutting costs—it was a legitimate business decision they argued. Wouldn’t it cost the company less in the long run to keep their experienced employees on who don’t make mistakes—or likely make fewer mistakes?