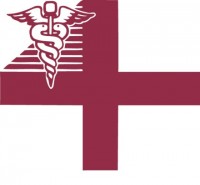 In the Prime Healthcare class action, a social worker for Prime Healthcare’s subsidiary since March 2011, alleges “In violation of state law, defendants have knowingly and willfully refused to perform their obligations to compensate plaintiffs for all wages earned and all hours worked.” And “As a direct result, plaintiffs have suffered, and continue to suffer, substantial losses related to the use and enjoyment of such wages.”

The lawsuit, Beauchamp et al. v. Prime Healthcare Centinela LLC et al., case number BC542351, in the Superior Court of the State of California, County of Los Angeles, claims that Prime Healthcare established policies under which hourly employees would be “taken off the clock” for a variety of reasons, including the indicating the end of a worker’s official shift or falsely accounting that a meal break was taken when the employee was actually forced to continue working.

De-Fault of the Bank? Maybe…If the allegations in this new consumer banking and lending violations class action lawsuit prove true, then yes. Wells Fargo Bank NA is facing a potential lawsuit alleging it violated California consumer laws by billing late fees to, or foreclosing on, state homeowners who had loan modification applications pending with the bank. Something referred to as Dual Tracking. Read on.

“Because the dual-tracking system prevents homeowners from being evaluated for appropriate loan modifications before foreclosure, it has resulted in many unnecessary foreclosures,” the lawsuit states.

Lead plaintiffs, Orange County residents Henry and Renee Garcia, allege they applied for a loan modification with Wells Fargo but that the bank charged them $840 in late fees and prepared to foreclose on the property before the application process was complete. The bank later rejected the application, verbally denied their appeal, and scheduled the home for trustee sale.

According to the lawsuit, the Garcias defaulted on the mortgage for their San Juan Capistrano, CA, home on March 6, 2013. The following month they submitted a loan modification application to Wells Fargo and over the next several months they stayed in frequent communication with bank officials.

However, simultaneous to the processing of the Garcias’ application Wells Fargo recorded a notice of trustee sale on their home, moving forward with the foreclosure process in violation of the state’s consumer protection law, according to the lawsuit. It wasn’t until the following January that the Garcias loan application was denied, according to the complaint. Garcias appealed, but the bank denied the appeal in February and scheduled a trustee sale of the property for March 5, 2014.

In their lawsuit, the Garcias seek to establish two classes: one for alleged victims of dual tracking and another for homeowners who were illegally charged late fees.

The complaint alleges violations of the California Homeowner Bill of Rights’ restrictions on dual tracking and late fees and the California Unfair Competition Law. The plaintiffs are seeking class certification, unspecified damages and restitution, and injunctive relief forbidding the bank from engaging in the alleged activity.

Next Time Ask for Directions? With a name like Compass, you’d think they’d already know how not to go astray… At any rate, here’s proof that employment class actions are worth the effort—a proposed $1.1 million settlement has been reached in a class action accusing Compass Health Inc. of California labor law violations, specifically of underpayment of overtime. Heard that one before?

Under the terms of the settlement, Compass would pay a net settlement amount of up to $700,500 to all members of the settlement class, which is approximately 2,500 current and former hourly nonexempt employees in California who worked for Compass Health between March 29, 2009 and January 6 2014.

According to the lawsuit, the workers alleged Compass miscalculated the regular rate of pay because it didn’t properly include the value of annual safety bonuses. They also claimed meal and rest period violations on the part of the defendant, as well as derivative penalty claims.

Court documents indicated that based on the number of valid claims filed, the average settlement payment would be about $425, with the highest payment being roughly $1,050, which is “an excellent result for the settlement class, particularly when compared to other, similar wage and hour class action settlements involving similar-wage workers.”