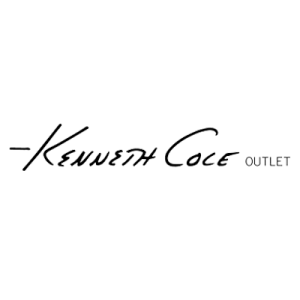 Kenneth Cole bagging profits at customers’ expense? At least those are the allegations in a consumer fraud class action lawsuit filed against Kenneth Cole Productions Inc.

Specifically, the Kenneth Cole Outlet lawsuit alleges that the retailer misleads customers into believing they are purchasing items at a savings at its exclusive outlet stores by listing artificially high “suggested retail prices” on its product tags next to the term “our price” which is significantly lower. The lawsuit claims that because these products were never for sale in any other store, Kenneth Cole is in violation of California and federal laws.

“The plaintiff, in short, believed the truth of the price tags attached to the products she purchased at a Kenneth Cole outlet, which expressly told her that she was getting a terrific bargain on her purchase,” the complaint said. “In fact, she was not getting a bargain at all.” Filed by lead plaintiff Peggy Cabrera, the lawsuit asserts that Cabrera was induced to purchase a sweater and shirt top from a Kenneth Cole Outlet store in California after noticing significant differences in price between the “MSRP” and “our price” label, particularly after observing that not all product price tags made this distinction.

“In reality, Kenneth Cole never intended, nor did it ever, sell the item at the represented ‘MSRP,’” the complaint states. “Thus, plaintiff was deceived by the false price comparison into making a full retail purchase with no discount.”

In the lawsuit, Cabrera contends that Kenneth Cole is taking advantage of the term “outlet store” because the idea of shopping there conveys to reasonable consumers that at least some products comprise merchandise formerly offered for sale at full-price retail locations, which is not the case at exclusive Kenneth Cole outlets.

Further, the complaint states that the Federal Trade Commission explicitly describes the fictitious pricing scheme employed by Kenneth Cole as deceptive, making it a violation of the FTC Act, as well as the California Business and Professions Code.

Pure Leaf Iced Tea = Pure B.S.? While we’re on the subject of consumer fraud…Unilever United States Inc. and PepsiCo. Inc. are facing a putative class action alleging false advertising regarding their jointly produced Pure Leaf iced tea products. Specifically, the lawsuit claims the teas are falsely branded as “All Natural” and free from preservatives when in fact they contain a non-naturally produced citric acid as a preservative.

Named plaintiff Momo Ren alleges that the defendants engaged in an aggressive marketing campaign that claimed the teas are “nothing but all natural, freshly brewed tea from tea leaves,” which was designed to attract consumers seeking those types of products.

According to the Pure Leaf lawsuit, citric acid is no longer made from fruit but rather manufactured through citric acid bacteria fermentation. It is classified by the USDA as a “synthetic allowed” substance. Therefore, PepsiCo. and Unilever, through a partnership with Unilever-owned Lipton Tea conspired to produce Pure Leaf, the advertising for which is in violation of federal and state consumer protection laws against misbranding.

Toyota Power Steering… Don’t have a dollar figure for this one BUT 800,000 Toyota customers are going to sleep easier as a result of a settlement reached with the car maker in a pending defective automotive class action lawsuit. The suit, filed in California federal court, claims that the power steering systems of some Corollas caused the vehicles to drift out control.

According to court documents, lead plaintiffs Irene Corson and Susan M Yacks, and Toyota, sought preliminary approval of the deal in March, the terms of which state that Toyota denies any defect with the electronic power steering system in the 2009 and 2010 model year Corollas at issue.

Court documents show that The National Highway Traffic and Safety Administration opened an investigation in February 2010 of the electric power steering system in the Corolla and Matrix models. The investigation revealed related consumer complaints dealing with operational issues, not failure of steering elements. The investigation was closed by May 2011.

Under the terms of the deal, class counsel can ask for attorneys’ fees and expenses, and class representative incentive awards up to $750,000. The case is Irene Corson et al. v. Toyota Motor Sales USA Inc. et al., case number 2:12-cv-08499, in the U.S. District Court for the Central District of California.

Ok—that’s it for this week folks—see you at the bar! And Happy 4th of July!