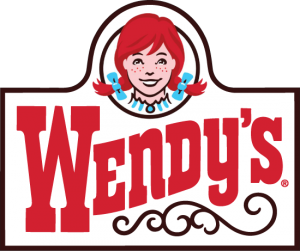 TD Bank Teed Up for Another Overdraft Fee Lawsuit? If at first you don’t succeed—is that the mantra here? TD Bank got hit with a consumer banking class action lawsuit this week alleging the financial institution continues to manipulate the order of debit card transactions so that it can profit through the maximization of overdraft fees. The lawsuit comes less than a year after the bank paid $62 million to settle a multidistrict litigation alleging the same practice. I’m sad to say I’m not surprised by these allegations.

Filed in Pennsylvania federal court by lead plaintiffs Sheila and Emilio Padilla, the complaint specifically alleges that TD Bank has continued to use a software scheme to illegally collect overdraft fees, and that it assessed the fees even when customers have sufficient funds in their account to cover the debit card payments.

“Defendant employs sophisticated software to automate its overdraft systems,” the complaint states. “These programs maximize the number of overdrafts, and thus the amount of overdraft fees charged per customer.”

The TD Bank class action complaint further states, “Many of the complained of practices continued as before, even after the class action settlement. Shockingly, unlike nearly all other banks sued in the multidistrict litigation, … TD has continued these practices even after it settled claims of wrongdoing based on these very same practices.”

Filed in California, the engineer and programmer class action lawsuit allegedly follows on from a 2012 investigation by the US Department of Justice which found that these practices were also evident at Lucasfilms, Pixar and Intuit. According to a report by the New York Times, the DOJ’s report suggests as many as 64,000 engineers and programmers were involved, which means the class action lawsuit could see billions in damages, if successful.

Rumor has it the sainted Steve Jobs was involved in cooking this one up. One to watch for sure.

Finally—a Data Breach Class Action Settlement! And a finalized one at that. That’s right, final approval of a $3 million settlement has just been granted, ending the long-running AVMed data breach class action. Cast your mind back to 2009, when health insurance provider AvMed got hit with what was to become one of the first in a string of data breach lawsuits. This one alleged that sensitive data from 1.2 million customer records had been breached from unencrypted laptops. “Sensitive”? I think we’re talking health records, FYI.

Among the settlement terms is the stipulation that AvMed implement increased data security measures including mandatory security awareness training and encryption protocols on company laptops.

The $3 million settlement fund is set aside for plaintiffs to make claims for $10 for every year that they purchased insurance from AvMed, with a $30 cap: class members who experienced identity theft are reportedly eligible to make additional claims to recover their monetary losses.

Reportedly, this is the first settlement of a data breach lawsuit that provides compensation to plaintiffs who did not experience identity theft.