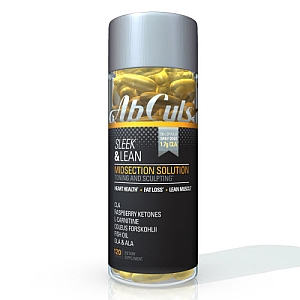 The Girls Next Door are in trouble—well—one of them at any rate. Kendra Wilkinson, the former star of “The Girls Next Door” and “Kendra,” is facing a consumer fraud class action lawsuit over allegations she advertised a fat loss supplement that is ineffective and possibly dangerous to people’s health. The other named defendants are marketer Corr-Jensen Inc, and nutritional supplement retailer GNC Corp.

Adam Karhu filed the Kendra Wilkinson weight loss lawsuit, alleging the diet supplement “Ab Cuts” (Abdominal Cuts) fat loss supplement was advertised by Wilkinson as “a health supplement, not a diet pill,” which was false and misleading. Ok people, really? In what universe does the name Ab Cuts sound like a health supplement?

Entitled Karhu v. Corr-Jensen Labs Inc. et al., Case No. 13-cv-03583, in the U.S. District Court for the Eastern District of New York, the lawsuit specifically claims that Wilkinson promotes Ab Cuts on her website and through Facebook and Twitter, in addition to appearing on almost all product promotions, including appearances on talk show appearances and in celebrity magazines. According to the lawsuit, Wilkinson makes paid appearances at GNC stores across the country, claiming that Ab Cuts is her “I-Cheat-Every-Day Diet.” Note to Kendra: careful what you say…this lawsuit may give new meaning to “cheat”…)

The Ab Cuts product line has 11 different dietary supplement products all made with the same active ingredient, conjugated linoleic acid (“CLA”). According to the product advertising, CLA promotes fat and weight loss. But—according to the lawsuit, the science just ain’t there. In fact, the complaint alleges that CLA may actually increase the risk of type 2 diabetes, cardiovascular disease and hypertension. That sounds healthy!

Putative members of the Kendra Wilkinson diet lawsuit include anyone in the US who bought Ab Cuts, excluding people who purchased the products for resale. The AbCuts lawsuit alleges breach of express warranty, breach of the implied warranty of merchantability, unjust enrichment, violation of the Magnuson Moss Warranty Act, and for violation of New York’s consumer protection laws.

Bank of America (BoFA) got nailed this week, with a debt collection harassment class action lawsuit alleging America’s biggest bank is in violation of the federal Telephone Consumer Protection Act (TCPA) and the Florida Consumer Collection Practices Act. Add this to the list of possible legal digressions.

Specifically, Katz claims that in 2010 BoFA launched a mortgage foreclosure action against him in Florida state court. The bank then continued to call his cellphone using automated dialing systems in an effort to try and collect the purported debt. This occurred even after the bank was told to contact Katz’s attorney for anything related to the foreclosure action, according to the lawsuit.

“Despite receipt of a letter of representation, and its inherent cease communication directive, defendant’s continued collection efforts involved the placement of auto-dialed calls and/or recorded messages to the cellular telephones of allegedly delinquent consumers,” the debt collection harassment class action lawsuit states.

Further, Katz claims that when he answered the calls a machine-operated voice would advise him to “please hold for the next available representative,” forcing him to wait and listen to music or “dead air” before an actual person came on the line, the lawsuit states. “Defendant’s persistent and unlawful calling campaign was carried out with the intent to abuse and harass the plaintiff,” the lawsuit claims.

Heads up—the lawsuit has been filed on behalf of a putative class consisting of all individuals in Florida who were the subject of Bank of America’s debt collection activities related to their residential property in Florida and who were represented by counsel with respect to said debt and still received pre-recorded or auto-dialed calls on their cellphones from the bank over the past four years.

Did you buy dodgy gas from BP? If so, you may be in line for some cash. The petrochemical giant (BP Products North America Inc), reached a $7 million defective product settlement concerning allegations it sold contaminated gasoline. Contaminated gasoline? Don’t get me started.

According to a statement issued on the settlement, the BP contaminated gas lawsuit was filed after BP recalled approximately 4.7 million gallons of contaminated gasoline, which it distributed from its Whiting, Indiana, refinery to more than 575 retail outlets in Indiana, Illinois, Wisconsin and Ohio.

Various problems, ranging from engine issues to damaged fuel systems, resulted from the use of the contaminated gasoline, affecting thousands of customers. According to the statement, people who are eligible for a portion of the settlement will be notified in the near future…

Ok folks, Happy July 4 Weekend! See you at the bar!