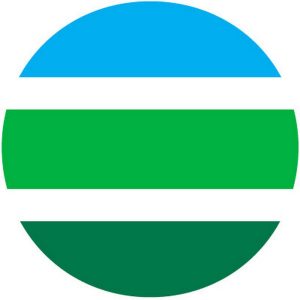 Check your Electric Bill… If you live in any of the following states – Massachusetts, Maine, Vermont, New Hampshire, Connecticut and Rhode Island – you need to read this. New England residents have filed an antitrust class action lawsuit against Eversource Energy and Avangrid Inc, alleging the two energy companies caused its electricity consumers to incur overcharges of $3.6 billion in a years-long scheme that impacted six states and affected 14.7 million people.

According to the lawsuit, filed in the US District Court for the District of Massachusetts, 7.1 million retail electricity customers and an overall population of 14.7 million people have been affected by Eversource and Avangrid’s “unique monopoly” spanning at least from 2013 to 2016.

The lawsuit centers on the electric overbilling scheme involving Eversource and Avangrid’s manipulation of the amount of natural gas available to power plants. The two companies regularly constrained the amount of natural gas that could flow throughout New England by reserving far more than they knew they would need, according to the complaint. This artificially limited the amount of gas, which is used to fuel many of the region’s power plants, therefore pushing electric costs higher.

The lawsuit calls the market manipulation scheme the largest since Enron: “Not since Enron’s greedy heyday during the California energy crisis, nearly two decades ago, have American energy markets been manipulated for private profit at such expense to everyday electricity consumers.”

The lawsuit states that Eversource and Avangrid’s anticompetitive scheme had an enormous and wide-ranging impact on the New England electricity market as a whole. Further, the lawsuit claims that their manipulation of natural gas supplies directly caused electricity prices across the region to spike 20 percent higher than they would have been otherwise, leaving utility customers paying the price.

Wells Fargo Fraud Settlement… A $142 million settlement has been reached in the Wells Fargo account fraud class action lawsuit over the alleged creation of false customer accounts, services, and applications for products and services made without customers’ knowledge or consent.

Customers included in the settlement had certain Wells Fargo credit cards, lines of credit, checking, or savings accounts opened or applied for in their name without their permission, or had authorized identity theft protection services from Wells Fargo, from May 1, 2002, to April 20, 2017.

The benefits of the Wells Fargo settlement include:

Eligible customers can now submit a simple claim form online or by mail by February 3, 2018 to get a payment.

Eligible customers must object to or exclude themselves from the Settlement by February 19, 2018. Please note the Court recently extended these deadlines.

A final fairness hearing is scheduled for March, 2018, to consider whether to approve the Settlement.  he hearing date may be subject to change.

Another Bellwether in the DePuy Hip Litigation… This week, a $247 million verdict was awarded against the maker of DePuy Orthopedics Inc, and its parent company Johnson & Johnson (J&J),  with $90 million in punitive damages against J&J and $78 million in punitive damages against DePuy. The settlement is the third consecutive multi-million dollar verdict delivered in this multidistrict litigation.

The verdict will settle claims made in this bellwether trial against DePuy’s Pinnacle hip replacements that the implants are essentially defective. The jury, hearing the case in Dallas, unanimously found J&J and DePuy liable for a series of design and manufacturing defects, fraud and deceptive business practices. Further, they found both defendants acted with wanton, reckless or malicious conduct.

More than $77 million was awarded for past and future medical expenses and pain and suffering to the six individual plaintiffs, each of whom is from New York. Additionally, the jury awarded four of the plaintiffs’ spouses damages for loss of consortium, totaling $1.7 million.

The trial took two months, and is the fourth bellwether case in multidistrict litigation that includes more than 9,000 cases, all alleging design defects in DePuy’s Pinnacle Ultamet line of metal-on-metal hip implants.

The jurors heard the six plaintiffs tell of their suffering resulting from a range of injuries, including severe tissue damage that caused permanent muscle loss, intense pain, loss of hip movement and walking with a permanent limp. All six plaintiffs claimed that the Pinnacle product shed microscopic metal ions into their bodies, a phenomenon known as metallosis. They alleged J&J and DePuy didn’t warn surgeons about these side effects, which could have been avoided with a safer design.

Additionally, J&J was found liable for negligent undertaking of a duty to provide services to DePuy and for aiding and abetting DePuy in its tortious conduct. Neither J&J or DePuy were  liable for intentional misrepresentation to the plaintiffs.

Ok – That’s quite enough for this week! See you at the bar.