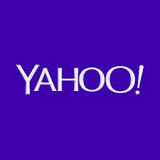 Yoohoo! Yahoo Breach…Again! Just in case you missed this—Yahoo got hit with a data breach class action lawsuit filed by a user who claims the internet company was negligent in protecting its customers data. Earlier this week, Yahoo revealed it had been the target of a data breach which affected 1 billion users. Yup—that’s ONE BILLION users.

In a statement issued Wednesday, December 14, 2016, Yahoo stated it believes that in 2013 hackers stole personal information related to 1 billion of its users by hacking their email accounts. This incident is separate from a similar one which Yahoo made public in September. However, the lawsuit contends that Yahoo has said some of the activity from both data breaches may be connected to a single state-sponsored actor.

According to the lawsuit, Yahoo does not know who took the information, and has been unable to identify the intrusion in which it was taken.

“As a result of defendant’s failure to maintain adequate security measures and timely security breach notifications, Yahoo users’ personal and private information has been repeatedly compromised and remains vulnerable. Further, Yahoo users have suffered an ascertainable loss in that they have had to undertake additional security measures, at their own expense, to minimize the risk of future data breaches,” the lawsuit states.

Yahoo revealed earlier this year that “state-sponsored actors” had hacked similar types of data from 500 million of its users in late 2014.

In a recent press release, Yahoo also noted that an investigation into the 2014 breach revealed the hackers’ ability, in some cases, to fake online “cookies”, enabling them to access users’ accounts without a password.

Vail is represented by Lee Cirsch, Robert Friedl, and Trisha Monesi of Capstone Law APC. The suit is Vail v. Yahoo, case number 3:16-cv-07154, in the U.S. District Court for the Northern District of California.

Teaching by Example? (Or Not…) A $100 million settlement has been reached between DeVry University and the Federal Trade Commission (FTC) over allegations of for-profit education fraud, specifically, that the for-profit university used false statistics about its graduates’ job placement rates in order to lure students and increase enrollment.

According to the terms of the DeVry Settlement, DeVry will pay $49.4 million, which will be distributed by the FTC, and forgive $30.4 million in student loans and $20.2 million owed by former students. DeVry also said it had agreed to change its practices to “maintain specific substantiation” about graduates’ outcomes.

The FTC filed the lawsuit against DeVry in January, claiming the for-profit school deliberately misled customers through advertising claims it made in print, radio, online and TV that 90 percent of its graduates landed jobs within six months of initiating a job search.

Additionally, the suit claimed DeVry misled students when it claimed that its bachelor’s degree graduates had 15 percent higher incomes a year after their studies ended than graduates of all other colleges and universities, the FTC stated.

The terms of the settlement now “prohibits DeVry from including jobs students obtained more than six months before graduating whenever DeVry advertises its graduates’ successes in finding jobs near graduation.”

Further, the settlement stipulates that DeVry must notify students who are receiving debt relief, as well as credit bureaus and collections agencies. DeVry has also agreed to release transcripts and diplomas that they had been withholding from students who had outstanding debt.

All is Not Gold…? And the final biggie to report this week: a $60 million settlement has been granted preliminary approval, potentially ending an antitrust class action lawsuit against Deutsche Bank AG which claims the bank engaged in illegal price-fixing of the gold market.

The lawsuit was brought by investors and traders in March 2014, alleging UBS Deutsche, HSBC, Societe Generale SA, The Bank of Nova Scotia and Barclays conspired to manipulate the London gold fix, which is used as a benchmark to determine the price of gold and gold derivatives.

Under the terms of the preliminary agreement,  the class would include anyone who sold physical gold or derivatives based on gold or bought gold put options on COMEX or other exchanges from January 1, 2004, through June 30, 2013.

The MDL is In Re: Commodity Exchange Inc., Gold Futures and Options Trading Litigation, case number 1:14-md-02548, in the U.S. District Court for the Southern District of New York.

Cha Ching! That’s a wrap folks! See you at the Bar!! 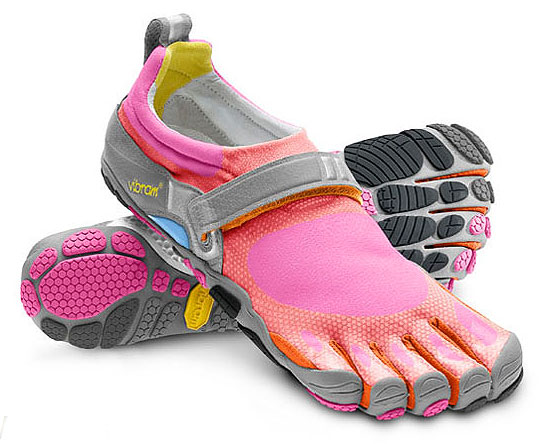 This lawsuit is a suitable close to a year of lawsuits against big and small banks alike for conduct not befitting a cockroach.

Bank of America (BoA) and BAC Home Loans Servicing are facing a potential class action lawsuit over allegations that they refused to participate in foreclosure prevention programs even though they had accepted $25 billion in financing from the federal government through the Troubled Asset Relief Program (TARP).

Lead plaintiff Susan Fraser claims that by taking the TARP funds, BoA agreed to participate in at least one TARP-authorized program to minimize foreclosures. In April 2007, BoA signed a contract with the US Treasury stating that it would comply with the Home Affordable Modification Program (HAMP) to perform loan modifications and other foreclosure prevention services.

The suit also alleges that the HAMP program requires BoA to identify loans that are subject to modification; collect financial and other personal information from the homeowners to evaluate whether the homeowner is eligible for modification; institute a modified loan with a reduced payment amount as per a mandated formula that is effective for a three-month trial period; and provide a permanently modified loan to those homeowners who comply with the requirements during the trial period.

“Though Bank of America accepted $25 billion in TARP funds and entered into a contract obligating itself to comply with the HAMP directives and to extend loan modifications for the benefit of distressed homeowners, Bank of America has systematically failed to comply with the terms of the HAMP directives and has regularly and repeatedly violated several of its prohibitions,” the complaint states.

Another foreclosure class action filed this week also named the omnipresent Bank of America (BoFA) as a defendant, not surprising since BoFA reportedly holds one in five mortgages in the END_OF_DOCUMENT_TOKEN_TO_BE_REPLACED