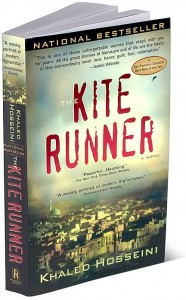 Latest Book Club? Apple, and some the publishing industry’s biggest names got hit with a nationwide antitrust class-action lawsuit this week, over allegations that they conspired to fix prices in electronic books (e-books)–at least that’s the short version.

So, according to the lawsuit, the five publishing houses forced Amazon to abandon its discount pricing and adhere to a new agency model, in which publishers set prices and extinguished competition so that retailers such as Amazon could no longer offer lower prices for e-books. That’s anti-free market for sure!

If Amazon attempted to sell e-books below the publisher-set levels, the publishers would simply deny Amazon access to the title, the lawsuit states. The defendant publishers control 85 percent of the most popular fiction and non-fiction titles. Lawyers for the plaintiffs note that while Amazon derived profit from the sale of its Kindle and related accessories, likely allowing the company to discount e-books, Apple was steadfast in maintaining the 70/30 revenue split it demanded with its App Store.

Still with me? Read on…

While free market forces would dictate that e-books would be cheaper than the hard-copy counterparts, considering lower production and distribution costs, the complaint shows that as a result of the agency model and alleged collusion, many e-books are more expensive than their hard-copy counterparts.

As a result of the pricing conspiracy, prices of e-books have exploded, jumping as much as 50 percent. When an e-book version of a best-seller costs close to—or even more than—its hard-copy counterpart, it doesn’t take a forensic economist to see that this is evidence of market manipulation, lawyers for the plaintiffs note. For example, “The Kite Runner” costs $12.99 as an e-book and only $8.82 as a paperback.

The lawsuit goes on to claim that because no publisher could unilaterally raise prices without losing sales, they coordinated their activities, with the help of Apple, in an effort to slow the growth of Amazon’s e-book market and to increase their profit margin on each e-book sold.

The lawsuit claims Apple and the publishers are in violation of a variety of federal and state antitrust laws, the Sherman Act, the Cartwright Act, and the Unfair Competition Act.

Once approved, the lawsuit would represent any purchaser of an e-book published by a major publisher after the adoption of the agency model by that publisher.

Does this affect you?

Pharma Sales Reps Score One—in Overtime. Well now—here’s a great big slice of sunshine for all those hardworking pharmaceutical representatives. Schering Plough’s reps have won a complete victory in Federal Court in a nationwide collective lawsuit alleging unpaid overtime pay at the mandatory rate of time and one half. The federal class action was filed on behalf of all pharma reps who worked for SP during the last three years, anywhere in the United States.

No numbers have been made public as yet—but the press release states “The amount to be distributed to the class will be determined by the Court, but will likely include double damages for the violation.”

Apparently, the US Department of Labor recognizes that pharmaceutical reps are not exempt from overtime pay, and that the precedent for the class claim was set in the U.S. Court of Appeals for the Second Circuit, which found earlier this year that Novartis pharma reps  were entitled to overtime compensation on the same grounds alleged against Schering Plough.

The US Supreme Court refused to hear the drug companies’ appeals. Saving tax payer dollars—always a good thing. The Second Circuit issued a similar ruling in a case brought by pharma reps against Schering Plough, as have district courts in Connecticut, Illinois, Florida and Texas in cases against Boehringer Ingelheim, Abbott, and Auxilum Pharmaceuticals. However, this ruling is the first of its kind as it found that pharma sales reps are not exempt under any of the parts of the exemption. Schering had to prove all the parts of the exemption, but it lost on all points.

$5 Million Drunk Driving Accident Judgment. I wonder how many people are affected by drunk drivers? This guy certainly was. Twenty-two year old Dwight Grant—he was 22 in 2007 at the time of the incident—sustained brain damage as a result of an accident caused by a drunk driver. He was recently awarded $5 million in settlement of his personal injury lawsuit.

Apparently, he was a passenger in stopped vehicle when the vehicle was struck by Mathew Lyons who was being chased by the police. After hitting the car Grant was in, Lyons fled the scene.

Grant suffered fractures to his face and skull, which resulted in his sustaining brain damage, specifically, damage to his frontal lobe. This damage, Grant alleged, caused him a seizure disorder that now requires constant care.

The parties ultimately agreed to a $5 million final judgment.

OK. That’s it for this week. See you at the Bar—I’m taking a taxi.