The weekly wrap of top class action lawsuits and settlements for the week ending August 31, 2012. Top stories include an Enfamil lawsuit, Dollar Rent A Car Fraud Allegations and a Citigroup settlement. 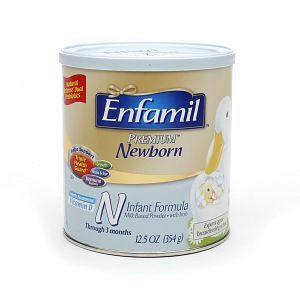 Sounds too good to be true? You better believe it baby—and pardon the pun. This week, the makers of Enfamil infant formula got hit with a federal consumer fraud class action lawsuit over allegations they falsely advertise that Enfamil and other formulas contain prebiotics that provide immunity-related health benefits for babies and young children.

Specifically, the class action lawsuit states: “Enfamil’s ‘Natural Defense Dual Prebiotics’ do not provide health benefits as represented and certainly are not ‘proven’ to do so. Moreover, there is not competent and reliable scientific evidence supporting the Misrepresentation, and any purported link between immune response and prebiotics in the Mislabeled Products is entirely speculative.”

The lawsuit claims, “experts agree that breast milk is immeasurably superior to baby formula in terms of infant nutrition and other health benefits. Therefore, it is misleading for Defendant to advertise the Mislabeled Products as similar to breast milk when formula cannot provide anywhere near the level of benefits provided by breast milk.”

The Enfamil class action lawsuit is brought on behalf of all U.S. consumers who purchased the mislabeled Enfamil products listed above for personal or household use. It is seeking damages, restitution and more for several alleged violations, including violation of California’s False Advertising Law, Unfair Competition Law, and breach of express and implied warranties.

Being taken for a ride?…Dollar Rent A Car is facing a federal consumer fraud class action lawsuit over allegations that the car rental company cheated customers out of millions of dollars by signing them up for insurance and other services they declined. Oh, the insurance—you know—that endless fine print that needs to be signed in less than 3 seconds—i.e. without reading.

The Dollar Rent A Car lawsuit, entitled Sandra McKinnon v. Dollar Thrifty Automotive Group, Inc. d/b/a Dollar Rent a Car, et al., Case No. 12-cv-4457, claims: “Over the last four years Dollar has implemented a systematic program nationwide through which its employees and agents illegally dupe customers into signing up for collision damage waiver (‘CDW’), car insurance and other added services that consumers have specifically declined. This is not an isolated incident with one consumer, but rather a systematic pattern of conduct that has occurred at a number of Dollar locations located throughout the United States.”

“Dollar has received multiple complaints about these issues but incentivizes its employees to make such sales, even by illegal means. If employees fail to obtain an average 30 per day upsales of additional options for three months they may be terminated and not eligible for unemployment,” the lawsuit claims. “Employees are thus incentivized to take advantage of the customers’ irritation, long lines, and misleading or high pressure sales tactics, by just telling them to tap certain lines to decline coverage when it may have the opposite result, or simply forge their signature.”

The class action lawsuit is brought on behalf of Dollar customers who paid for CDW, insurance and other products from Dollar that they specifically declined or did not authorize during the past four years. It is seeking actual, compensatory, statutory and exemplary damages and an injunction barring Dollar from continuing this alleged scheme.

And the subprime saga continues. This week Citigroup agreed to a securities class action settlement involving a $590 million payout to shareholders who alleged they had been misled about the bank’s exposure to subprime mortgage debt before the financial crisis.

Filed in November 2007, the lawsuit contends that Citigroup together with some of its former senior executives and directors failed to disclose the bank’s huge holdings in securities known as collateralized debt obligations (CDOs) that were tied to mortgage securities until November 2007, when it took a multibillion-dollar write-down on the CDOs. Citigroup later wrote down the CDOs by tens of billions of dollars more.

According to the lawsuit, Citigroup had previously tried to hide the deteriorating value of its holdings through improper accounting practices. “Citigroup used inflated, unreliable and unsupportable marks to keep its CDO-related quasi-Ponzi scheme alive and to give the appearance of a healthy asset base,” the lawsuit states.

The plaintiffs included pension funds in Colorado, Ohio and Illinois. The lawsuit was led by former employees and directors of Automated Trading Desk who received Citigroup shares when they sold the electronic trading firm to the bank in July 2007. The proposed settlement, which was given preliminary approval by Judge Sidney Stein of the U.S. District Court in New York, covers investors who bought Citi shares from Feb. 26, 2007, through April 18, 2008. Shares of Citigroup traded as high as $55 in the summer of 2007. By spring of 2008, its stock price had tumbled by half.

According to the complaint Brunel did not notify employees of their entitlement to COBRA coverage or of their right to obtain coverage at a reduced rate as authorized by Congress in its recent economic stimulus package.

According to the Complaint, when asked for a COBRA package by a terminated employee, Brunel advised the former employee that COBRA coverage was not available. Even after being notified by the U.S. Department of Labor that the former employee was entitled to elect COBRA coverage at the statutorily reduced rate, the Complaint alleges that Brunel did not offer the coverage. Would this come under the heading of ‘cost savings’?

The Complaint seeks an injunction requiring Brunel to bring its health care plan into compliance with the law and an order requiring Brunel to reimburse former employees and their beneficiaries for certain health care costs they would not have incurred had they been allowed to elect COBRA coverage. Wait—there’s more—the complaint also seeks civil money penalties of up to $110 dollars a day for Brunel’s failure to provide statutory notices describing the Plan and apprising employees and their beneficiaries of their COBRA rights as required by law.

Don’t Mess with our Vets. JP Morgan Chase was all apologies this week, on the back of a settlement reached with its customers who are or were military personnel, who had filed a class action against the bank alleging that it was wrongly foreclosing on families of service personnel and overcharging them on their mortgages to boot. Does that come under the definition of ‘free market economy’? (don’t get me started on that one)

Well, it obviously did in JP Morgan’s version. But, in February, a J.P. Morgan executive apologized at a U.S. House hearing on its behavior. Then they rolled out a series of programs to help active members and veterans—programs including educational initiatives. And, they said that the bank would no longer foreclose on any currently deployed military personnel. How generous of them.

The financial protections that the suit sought to have reinstated are in fact afforded US military personnel under the Service members Civil Relief Act (SCRA). So, maybe it wasn’t just an attack of conscience on JP Morgan’s part.

In any event, Reuters reported that under the terms of the settlement “J.P. Morgan said it will pay $12 million to the class-action suit and set aside $15 million for additional damages on a case-by-case basis. Any unused funds will be used to benefit a charity selected by the U.S. military.” (Reuters.com)

Baby Brain Food? Guess Not. If you got duped into buying an expensive brand of infant formula—Enfamil, made by Mead Johnson & Co—you may be pleased to know they’ve reached a preliminary settlement in the class action they were facing concerning allegations of false advertising.

The suit claimed that Mead falsely represented that Enfamil LIPIL is the only infant formula that contains DHA and ARA—fatty acids it claims are “clinically proved to improve brain and eye function in infants.” Are you kidding? If that really were the case they’d be putting that stuff in the tap water.

If the settlement is approved, people who purchased Enfamil LIPIL formula for six months or less between October 13, 2005 and March 31, 2010, can file a claim to receive either one 12.5 oz container of Infant Formula or $6 in cash.

For those folks who purchased Enfamil LIPIL formula for more than six months between October 13, 2005 and March 31, 2010, you can file a claim to receive either two 12.5 oz containers of Infant Formula or $12 in cash. You can find out if you’re eligible to be a class member here.

Ok. That’s it for this week. See you at the bar.